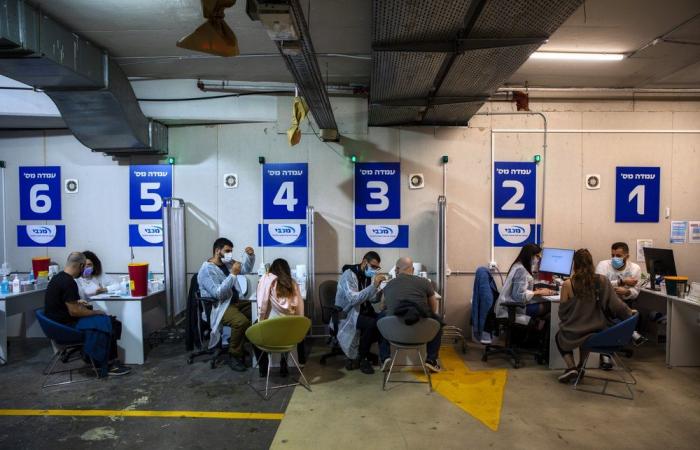 You are now following the details of the Israel, a global leader in COVID vaccinations, finds limits news and now we leave you with the details

Mohamed Nass - Cairo - TEL AVIV, Israel (AP) — When it comes to fighting the coronavirus, Israel is discovering the limits of vaccines.

The country famous for its high-tech prowess and spirit of innovation is home to the world’s speediest vaccination drive, fueled from the top by national pride and a deep longing to start “getting back to life,” as Prime Minister Benjamin Netanyahu put it.

But experts say reopening the country will still take months, complicated by coronavirus mutations that have spread from Britain and South Africa, a refusal among some sectors to adhere to safety rules and wobbles in the pace of vaccinations of people under 60.

While the government is expected to begin easing a third nationwide lockdown in the coming days, there are likely to be further, partial closings as the threat ebbs and flows.

“This is going to be a balancing act,” said Eyal Leshem, director of the Center for Travel Medicine and Tropical Diseases at Sheba Medical Center.

In an impressive feat, more than a third of Israel’s 9.3 million people have received at least one shot in mere weeks, and over 1.9 million have gotten both doses, perhaps putting the country on track to inoculate nearly its entire adult population by the end of March.

Alongside the praise for its speed, Israel has come under global criticism for excluding Palestinians in the Israeli-occupied West Bank and the blockaded Gaza Strip. The situation has drawn attention to the global disparity in access to vaccines between rich and poor countries.

Rights groups say Israel has the obligation as an occupying power to vaccinate Palestinians. Israel denies having such a responsibility, and says its priority is its own citizens. Nevertheless, Israel this week for the first time transferred 5,000 doses of the Moderna vaccine to the Palestinian Authority to inoculate medical workers.

In Israel, for the first time, researchers are starting to see the effects of the vaccinations, giving other nations a very early glimpse of what might lie ahead for them.

Netanyahu on Thursday said that among people over 60, the first group vaccinated, serious cases of hospitalizations have dropped 26% and confirmed infections have fallen 45 percent over the past 16 days.

“This is a direct result of the vaccinations,” he said. “The vaccines work.”

But other key indicators, including deaths and new infections, remain high, in part because of the fast-spreading mutations and the month-long lag time before the vaccine shows its full benefits.

Israel has been reporting some 7,000 new infections a day, one of the highest rates in the developed world. Nearly 5,000 people have died, more than a quarter of them in January alone.

Israel has certain advantages that suggest its success at vaccinations may not be easily duplicated elsewhere. It is small, with 9.3 million people. It has a centralized and digitized system of health care, delivered through just four HMOs. And its leader, Netanyahu, has made the vaccination drive a centerpiece of his bid for reelection in March, personally negotiating deals with the CEOs of Pfizer and Moderna.

Still, experts around the world are watching eagerly.

“Israel’s aggressive inoculation program demonstrates that it is indeed possible for a country to get vaccines into people’s arms quickly and efficiently,” said Jonathan Crane, a bioethicist at Emory University in Atlanta. In an email, he praised the centralized effort, compared with the “piecemeal” way vaccines in countries like the US are being delivered by various jurisdictions.

Even with these early signs of success, it’s increasingly clear that there will be no pandemic day-after, a celebratory moment when people are cleared to flood back to work, hold large family gatherings or resume the social lives they once knew.

Reopening will depend on many factors, including efforts to halt the spread of the highly contagious variants and whether the public takes the proper precautions. Many Israelis were horrified this week by scenes of big ultra-Orthodox funerals for two revered rabbis, with most mourners mask-free.

Some parts of the population, including the Arab and ultra-Orthodox sectors and younger adults, have shown an apparent reluctance to get vaccinated, which could also hinder the effort to achieve “herd immunity” and stop the virus.

“All of Europe is waiting for the vaccines, and here people don’t want to get vaccinated?” Sara Baruch said after receiving her second dose on Wednesday in Tel Aviv. “It’s strange.”

She said it is a “big mistake” if the trend continues: “We won’t be able to go on a holiday and to go back to normal life we had before.”

The vaccination campaign has become a feature of pop culture and a point of national pride. Israelis proudly post photos on social media showing themselves getting vaccinated, and one HMO serves cappuccinos afterward so people can be monitored for side effects before they leave.

Experts have recommended a gradual reopening of the country, though political leaders will make the final decision. Closings and reopenings, experts say, will be a cost-benefit analysis that will change according to the course of the outbreak and the state of the economy.

Dr. Nadav Davidovitch, a member of a government advisory panel, said young children along with vaccinated high school students over 16 should be allowed to return to school in the first stage, and only teachers who have been inoculated should be in class. Street shops and restaurants might open for takeout only, followed in later stages by malls and cultural events opened only to people who have been vaccinated.

He said steps should be staggered every two weeks, with a constant eye on infection rates, testing and more vaccinations. Indoor and outdoor public gatherings should continue to be limited for a while, he said. Social distancing and masks will be required for the foreseeable future.

“It will be very gradual in the coming months,” said Davidovitch, director of the school of public health at Israel’s Ben-Gurion University. “Vaccinations are very important, but they are not going to solve all the problems.”

IMAGE: Israelis receive a Pfizer-BioNTech COVID-19 vaccine from medical professionals at a coronavirus vaccination center set up on a shopping mall parking lot in Givataim, Israel, during a nationwide lockdown to curb the spread of the virus, Thursday, Feb. 4, 2021. Along with the impressive speed of its vaccination campaign, Israel is discovering its limits. Even after inoculating over one-third of its population, the country remains stuck in a tight lockdown as it grapples with imported variants of the virus. (AP Photo/Oded Balilty)

These were the details of the news Israel, a global leader in COVID vaccinations, finds limits for this day. We hope that we have succeeded by giving you the full details and information. To follow all our news, you can subscribe to the alerts system or to one of our different systems to provide you with all that is new.