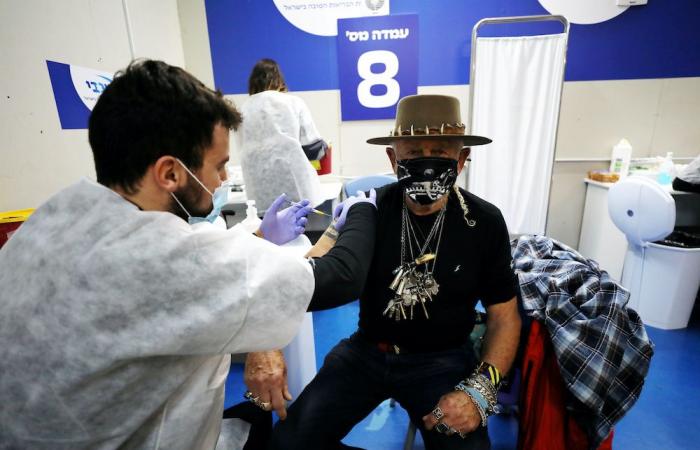 Hello and welcome to the details of Israel data shows Pfizer jab stops illness, effect on transmissions unclear and now with the details

JERUSALEM, Feb 5 — Initial data from Israel’s coronavirus vaccination campaign shows the Pfizer/BioNTech jab protects against serious illness, but it is not yet clear whether it slows transmissions or spells progress toward achieving herd immunity, experts say.

The Jewish state is carrying out what is widely described as the world’s fastest vaccination campaign per capita, watched closely by experts worldwide.

While many countries are struggling with procurement, Israel has made remarkable progress since launching inoculations in December.

So far, it has given the first of the two recommended doses of Pfizer jabs to roughly 35 per cent of its nine-million population.

About 1.8 million have also received the second jab, mostly those over 60.

The health ministry announced that beginning yesterday, all Israelis aged 16 and over would be able to set an appointment to be vaccinated, dropping the age limit from its previous minimum of 35.

In a statement, the ministry stressed Wednesday that Israel’s four health service providers should still focus their efforts on inoculating people aged 50 and over, as well as housebound Israelis.

Israel secured its substantial stock by paying above market price and by striking a data-sharing deal with Pfizer.

The agreement stipulates that Israel, which has one of the world’s most sophisticated medical data systems, will share real-time information with Pfizer on the vaccine’s impact, including on progress towards herd immunity.

Ran Balicer, chairman of Israel’s national expert panel on Covid-19, told AFP it was crucial to distinguish between the vaccine’s two impacts.

The first is “the direct effect”, of vaccinated people becoming “protected against symptomatic illness and severe disease”, he said.

The second, “indirect effect” refers to the vaccine providing enough immunity to enough people that it forms an “epidemiological barrier” against transmission, he said.

“We do know that vaccines are decreasing the incidence of severe disease. That’s it,” he told AFP.

“We do not know whether the vaccines are minimising transmission.”

In November, Pfizer announced that Phase III trials had showed its vaccine was 95 per cent effective against the virus.

Given the gravity of the pandemic, it received regulatory approval through an accelerated trial process, which has made Israel’s more comprehensive data even more valuable.

The country’s Maccabi Institute of Innovation and Research, linked to an HMO of the same name, published a paper this week that it described as “the first and largest Phase IV study on the effectiveness of the (Pfizer-BioNTech) vaccine”.

Clalit and Maccabi are two of Israel’s four HMOs, which collectively provide healthcare to the entire population.

The HMOs are directly responsible for vaccinations and collecting data on their impact.

Maccabi compared the incidence of Covid-19 in the 12 days after individuals receiving their first Pfizer shot against incidence 13 to 24 days after the jab.

It found a 51 per cent reduction in the incidence of lab confirmed infections in the latter period.

“Two weeks after the first dose you see a significant reduction in infection but it is not complete,” Gabriel Chodick, co-author of the Maccabi report, told AFP.

Moreover, Israel is only testing those who present coronavirus symptoms, not a randomised sample of the entire vaccinated population.

It does not therefore have comprehensive data on the number of vaccinated people carrying the virus without symptoms.

Israel has enough stocks to follow these recommendations, meaning it does not have data on whether the protective effect from just one jab increases after 24 days in the absence of a second jab.

It showed that out of 248,000 people studied one week after receiving their second injection, only 66 mild coronavirus infections were registered.

While those figures point towards near-total protection, Maccabi has stressed this data has not been fully analysed.

Despite its vaccination campaign, Israel has continued to register daily caseloads above 5,000, despite a nationwide lockdown in place since December 27.

But compliance with and enforcement of the lockdown has been uneven, notably among ultra-Orthodox Jews who have persistently flouted public safety rules throughout the pandemic.

“If you look at the number of new identified positive corona cases per day, it has not decreased for the last month and half,” Barbash said.

These were the details of the news Israel data shows Pfizer jab stops illness, effect on transmissions unclear for this day. We hope that we have succeeded by giving you the full details and information. To follow all our news, you can subscribe to the alerts system or to one of our different systems to provide you with all that is new.