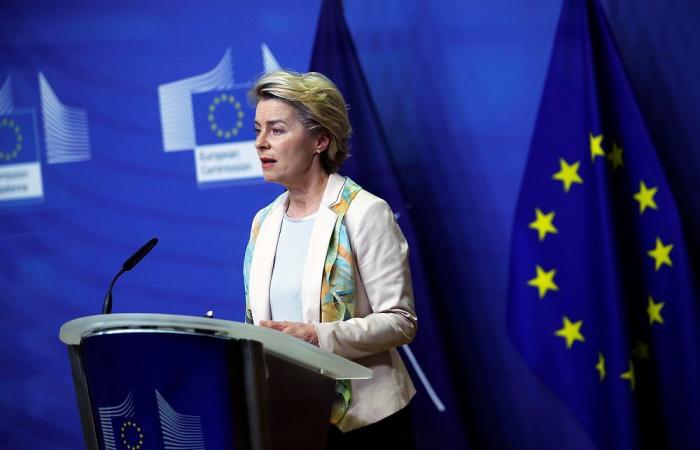 “In Europe, we aim to have 70 per cent of the adult population vaccinated before the end of the summer. This is not insignificant, we are moving in the right direction,” she said.

“There will certainly be other obstacles, other problems in production, and we must also prepare for possible shortages of raw materials or certain components of these vaccines.”

Von der Leyen also admitted she should never “even have thought” of invoking a clause in the Brexit withdrawal agreement to prevent vaccines crossing the Ireland to Northern Ireland border.

This threat, floated in a European Commission export control plan on Friday before being hurriedly abandoned, was denounced in both Dublin and London and embarrassed the Commission.

But she defended the broader European vaccine strategy, which has seen the EU Commission negotiate contracts with private pharmaceutical giants on behalf of 27 member state governments.

The idea was to avoid competition driving up prices and freezing out smaller EU capitals — but the US, UK and Israel have raced ahead in terms of vaccinating citizens.

“What I realise, looking in the rear view mirror, is that we should have been thinking more about mass production and the challenges it poses,” von der Leyen said.

“Increasing volumes, setting up new supply chains sufficiently upstream, could have been done earlier,” she said.

“Now we are working with industry to prepare for the possibility of coronavirus variants that are able to resist vaccines.” — AFP

These were the details of the news EU chief warns of more vaccine production delays ahead for this day. We hope that we have succeeded by giving you the full details and information. To follow all our news, you can subscribe to the alerts system or to one of our different systems to provide you with all that is new.