Biden says no more US ‘rolling over’ to Russia 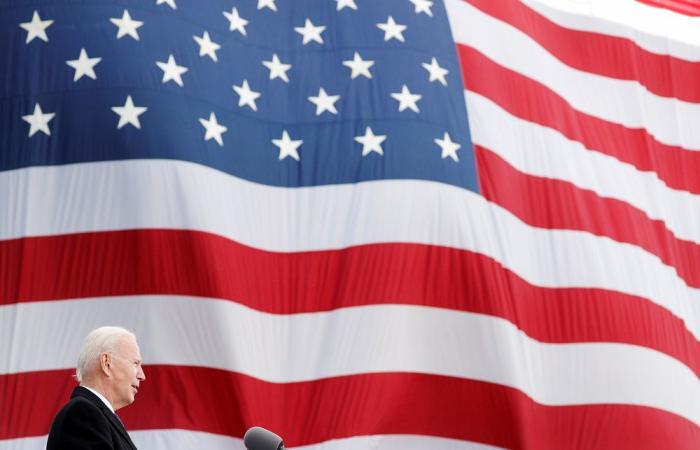 WASHINGTON, Feb 5 — President Joe Biden said yesterday the United States will no longer be “rolling over in the face of Russia’s aggressive actions” and demanded the release of jailed opposition leader Alexei Navalny.

In toughly worded remarks pivoting from his predecessor Donald Trump’s muted approach to Moscow, Biden warned of “advancing authoritarianism” in China and Russia.

The speech at the State Department thrust Russia back onto the front burner of the US diplomatic agenda after four years during which Trump largely pushed the worsening relationship with Moscow to the side and consistently refused to criticise Putin.

Biden said that in his first phone call with the Russian leader since taking office on January 20 he “made it clear” to Putin that the relationship was changing.

“We will not hesitate to raise the cost on Russia and defend our vital interest and our people,” the Democrat said, highlighting a massive cyber attack and election interference blamed on Moscow.

“The days of the United States rolling over... are over,” he said.

Biden also devoted part of his speech to unusually direct criticism of the authorities’ treatment of Navalny — comments that are sure to irk the Russian leadership.

Navalny, one of the last active opponents to Putin, narrowly escaped death from a severe poisoning last year which he blames on Russian security services.

He has now been imprisoned in Moscow, while thousands of people have been arrested for protesting on his behalf.

“The Russian efforts to suppress freedom of expression and peaceful assembly are a matter of deep concern to us and the international community,” Biden said.

“Mr Navalny, like all Russian citizens, is entitled to his rights under the Russian constitution. He’s been targeted for exposing corruption. He should be released immediately and without condition.”

Biden said there were areas where he was willing to work with the Kremlin, notably the New START treaty on curbing nuclear weapons, which the two countries extended for five years this week.

Trump had planned to let the treaty expire, citing what he said was Russia’s non-compliance.

However, Biden’s national security team argues that the world’s two most heavily armed countries need to do everything possible to keep a cap on nuclear stockpiles.

“We will be more effective in dealing with Russia,” Biden said, reiterating his frequent call during the speech for the United States to rebuild traditional alliances with democratic countries.

The vast atomic weapons arsenals, a legacy of the Cold War, make the US-Russian relationship unique and even during years of tension between Washington and the Soviet Union the two sides sought to keep talking on nuclear matters.

But under Biden, there will now be a return to the equally traditional US posture of pressuring Moscow on human rights and retaliating for hostile actions.

Biden’s national security advisor Jake Sullivan warned that Washington was planning measures against Russia over the cyber attack and election interference “at a time and a manner of our choosing.”

“Unlike the previous administration, we will be taking steps to hold Russia accountable for the range of malign activities that it has undertaken,” he said.

Trump sought to break with custom and treat Russia differently, often arguing that it was better that he got along with Putin.

However, this attitude was criticised by many, including on the Republican right, as allowing himself to get played by the wily Putin.

Most famously, Trump used a joint 2018 press conference with Putin in Helsinki to publicly accept the Kremlin leader’s assurance that Russia had not meddled in the 2016 US presidential election — despite his own intelligence community’s assessment to the contrary.

Fuelling the uproar back home was a two-year investigation by special counsel Robert Mueller into allegations that Trump’s campaign had conspired with Russian agents to get an advantage over Hillary Clinton in the election.

Mueller ultimately reported that he did not have evidence to prove conspiracy but said Moscow had meddled in the election in hopes of favouring Trump and that his campaign had multiple contacts with the Russians. — AFP

These were the details of the news Biden says no more US ‘rolling over’ to Russia for this day. We hope that we have succeeded by giving you the full details and information. To follow all our news, you can subscribe to the alerts system or to one of our different systems to provide you with all that is new.

PREV Fauci: ‘No doubt’ US has undercounted Covid deaths
NEXT Outrage in France over killing of policeman in drugs bust