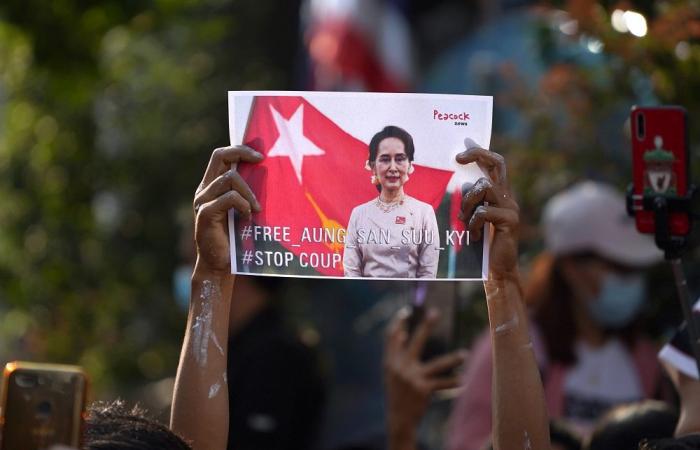 YANGON, Feb 5 — US President Joe Biden called on Myanmar’s generals to “relinquish power” yesterday and demanded they free civilian leaders detained in this week’s coup, as his administration said it was considering sanctions.

Washington has led international condemnation of Monday’s putsch, which saw democratic leaders including Aung San Suu Kyi detained and ignited fears that the military will drag 54 million people back to the decades of junta rule that turned Myanmar into one of Asia’s most impoverished and repressive nations.

“There can be no doubt: In a democracy, force should never seek to overrule the will of the people or attempt to erase the outcome of a credible election,” Biden said from Washington, in his first major foreign policy speech as president.

“The Burmese military should relinquish power they have seized, release the advocates and activists and officials they have detained, lift the restrictions in telecommunications, and refrain from violence.”

Biden spoke hours after his national security adviser, Jake Sullivan, said the White House is “looking at specific targeted sanctions both on individuals and on entities controlled by the military that enrich the military.” He did not give further details.

The US warnings came after Myanmar’s generals ordered internet providers to restrict access to Facebook yesterday, as people flocked to social media to voice opposition and share plans for disobedience.

Facebook-owned apps such as Instagram and WhatsApp were also disrupted.

“We have digital power... so we’ve been using this since day one to oppose the military junta,” said activist Thinzar Shunlei Yi, who is behind a so-called “Civil Disobedience Movement” fanning out across social media platforms.

Telenor, one of the country’s main telecoms providers, confirmed authorities had ordered it to “temporarily block” Facebook access.

The Norwegian-owned company said it had to comply but “does not believe that the request is based on necessity and proportionality, in accordance with international human rights law”.

For many in Myanmar, Facebook is the gateway to the internet and a vital way to gather information.

But opposing the military — online or off — is fraught with risk. During junta rule dissent was quashed, with thousands of activists — including Suu Kyi — detained for years on end.

By yesterday, red NLD flags adorned the balconies of dozens of Yangon apartments. Residents have also started clanging pots and cymbals nightly at 8pm to “drive the military junta out” — a throwback to an old Myanmar tradition of expelling evil spirits.

Health workers this week also pinned red ribbons on their scrubs, with some boycotting work.

A small rally kicked off yesterday in front of a medical university in the northern city of Mandalay, with protesters carrying signs that read: “People’s protest against the military coup!”

Meanwhile, 70 MPs from Suu Kyi’s National League for Democracy party signed a “pledge to serve the public” while staging their own symbolic parliamentary session in Naypyidaw, local media reported.

The biggest demonstration, however, saw hundreds of supporters of the Tatmadaw, as the military is called, rally in the capital Naypyidaw yesterday.

On Wednesday, UN Secretary-General Antonio Guterres vowed to “do everything we can to mobilise all the key actors and international community to put enough pressure on Myanmar to make sure that this coup fails.”

“It’s absolutely unacceptable to reverse the results of the elections and the will of the people,” he told The Washington Post, in his most forceful comments yet.

The UN Security Council issued a statement yesterday that expressed “deep concern” and demanded the detainees be freed — but, in a change from an earlier draft, did not condemn the putsch.

Diplomats said veto-wielding China and Russia, Myanmar’s main supporters at the UN, had asked for more time to finesse the council’s response. The Chinese mission said it had contributed to the “improvement” of the text.

Min Aung Hlaing justified his coup by alleging widespread voter fraud during November’s election which Suu Kyi, who has not been seen in public since she was detained, won in a huge landslide with her NLD.

International and local observers — as well as Myanmar’s own election monitor — reported no major issues affecting the integrity of the vote.

Myanmar’s junta-era constitution ensures the military retains considerable influence -- but analysts say top generals feared their influence was waning and were dismayed by the enduring appeal of Suu Kyi.

On Wednesday, authorities brought an obscure charge against the 75-year-old to justify her ongoing detention: An offence under Myanmar’s import and export law after authorities found unregistered walkie-talkies at her home.

The United States and Britain have condemned the charges and called for her immediate release.

Myanmar’s military has declared a one-year state of emergency and said it will hold new elections once its allegations are addressed. — AFP

These were the details of the news Biden demands Myanmar military ‘relinquish power’ for this day. We hope that we have succeeded by giving you the full details and information. To follow all our news, you can subscribe to the alerts system or to one of our different systems to provide you with all that is new.