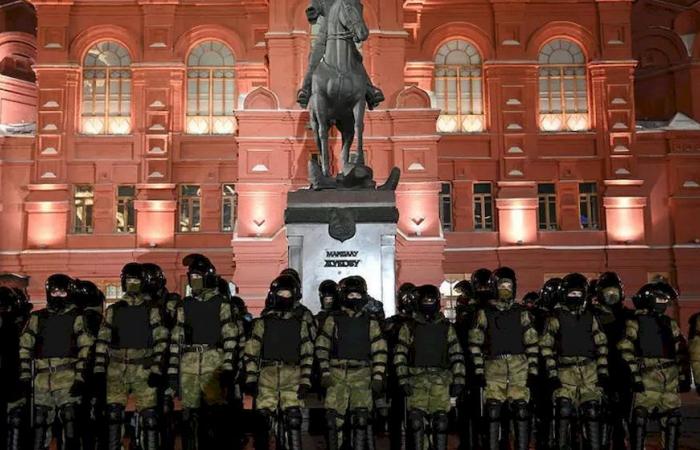 MOSCOW, Feb 4 — An outcry grew in Russia today over a crackdown on protesters, as EU foreign policy chief Josep Borrell visits the country under pressure to confront Moscow over the imprisonment of Alexei Navalny.

Borrell’s three-day visit to Russia beginning today — the first by a top EU envoy since 2017 — comes during a period of unusual turbulence in the country, with police arresting at least 10,000 people during recent nationwide protests in support of Navalny.

President Vladimir Putin’s most prominent critic was sentenced this week to nearly three years in prison — his first lengthy jail term — and is due in court again Friday on charges of defaming a World War II veteran.

During the recent demonstrations police detained dozens of journalists, and jails in Moscow and Saint Petersburg were packed with demonstrators serving short jail terms.

On the eve of Borrell’s visit, a court sentenced Sergei Smirnov, chief editor of Mediazona — an online news publication often critical of the government — to 25 days in jail over a re-tweet of a joke that included the time of a recent protest.

The jailing of Navalny, 44, and the crackdown sparked outrage among many Russians.

In a joint statement issued by leading rights group Memorial, prominent rights campaigners said they were concerned by the “unprecedented escalation of baseless violence”.

“Never in the history of modern Russia has there been such a number of beaten, detained and arrested people,” they said.

Top broadsheets added their voices to the chorus of condemnation.

“Beatings and mass detentions should not become the norm in our country.”

Business daily RBC said several of its journalists had witnessed “detentions and the use of force” against the media during the protests.

The newspaper demanded that law enforcement explain the arrest of Smirnov and other journalists.

Navalny’s allies called on Russians to take to the streets after he was detained last month on arrival from Germany where he had been recovering after being poisoned.

Borrell is eager to sound out Russian Foreign Minister Sergei Lavrov on the chances of cooperation on issues including enlisting Russia’s help in reviving the Iran nuclear deal and tackling climate change.

But the jailing of Navalny and the police crackdown are expected to dominate the agenda when the two diplomats meet on Friday.

The high-profile visit has drawn criticism from some European capitals worried that Moscow will spin it as evidence Brussels is keen to return to business as usual.

Borrell insists he will deliver “clear messages” to Moscow which has shrugged off Western calls to free Navalny, who has accused Putin of trying to kill him.

The EU’s ties with Russia have been in the doldrums since Moscow seized Crimea in 2014 and fuelled a war in Ukraine that claimed more than 13,000 lives.

On Thursday, Putin’s spokesman Dmitry Peskov said Brussels and Moscow should be able to freely discuss “all existing differences”.

“We would like to unblock our dialogue,” he said.

Kremlin critics allege a concerted effort to intimidate dissenters and put pressure on Navalny’s family and allies, some of whom have been placed under house arrest for two months.

Moscow’s jails were bursting at the seams following the crackdown, and many protesters were sent to a detention centre for migrants outside the capital.

Today, an AFP journalist saw around 100 people queueing outside the Sakharovo migrant centre, waiting to pass care packages to detainees.

“This is just an incredible disgrace,” 27-year-old Denis Bondarenko said outside the centre, noting his cousin had been randomly snatched off the street.

Calls are growing in Europe for the EU to slap new sanctions against Moscow. An EU statement said foreign ministers would discuss “possible further action” at a meeting on February 22. — AFP

These were the details of the news Outcry over Navalny crackdown as top EU envoy heads to Moscow for this day. We hope that we have succeeded by giving you the full details and information. To follow all our news, you can subscribe to the alerts system or to one of our different systems to provide you with all that is new.