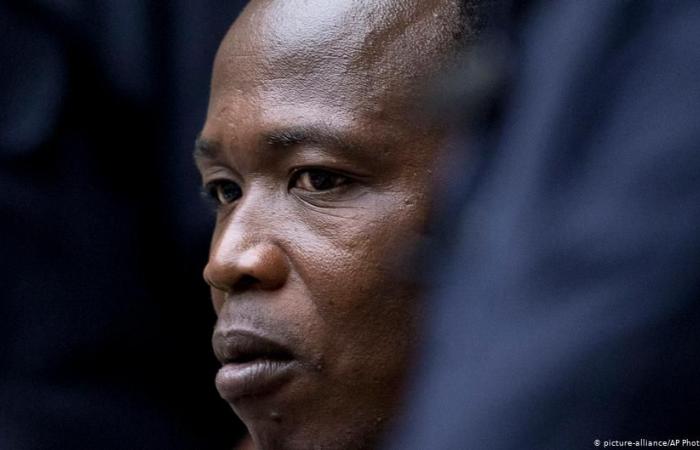 Mohamed Nass - Cairo - Murder, rape, torture, mutilation, slavery and the deployment of child soldiers: Dominic Ongwen faces a string of horrific charges. He is currently on trial at the International Criminal Court (ICC) in the Hague, Netherlands, for 70 counts of crimes against humanity. Ongwen led a brigade of the Lord’s Resistance Army (LRA) — one of Africa’s most brutal rebel groups. For more than 20 years its fighters subjected northern Uganda to a reign of terror before withdrawing to neighboring Democratic Republic of Congo (DRC) and South Sudan.

The ICC launched proceedings against Ongwen in 2016. The trial came to a conclusion on Tuesday. In closing statements, prosecutors called for Ongwen to be found guilty on all charges. But it is a tricky case. Ongwen denies the allegations and says he was a victim himself before becoming a perpetrator.

In 1988, when Ongwen was just 14, he was abducted by members of the LRA on his way to school. His was a fate shared by tens of thousands of other children in northern Uganda. LRA leader Joseph Kony always insisted that he was fighting for a Christian Uganda and for the rights of the marginalized people in the north of the country. In reality, he and his fighters abused the children, turning them into child soldiers and sex slaves. Often their first mission sent them back to their home villages where they were forced to abuse and kill their own relatives.

Ongwen’s past as a child soldier is what makes this case so unusual. “It is significant because what is being debated is the role and responsibility of abducted children who were forced to join the rebels,” as Nicholas Opiyo tells DW. The Ugandan human rights lawyer says another important factor should be borne in mind as well: “Joseph Kony had a great degree of spiritual control over the children and convinced them that he was something akin to a god. This is the first case ever to come before the ICC in which witchcraft forms the basis of the defense.”

Ongwen himself was abused, indoctrinated and forced to watch as the LRA killed scores of defenseless people. But he obediently followed orders and became one of Joseph Kony’s deputies. In 2004, for instance, Ongwen’s troops attacked the Lukodi refugee camp in northern Uganda and massacred more than 60 people. An estimated 100,000 people have been executed by the LRA since 1987, and although it is a shadow of its former self, the LRA continues to operate in central Africa.

“It’s easy to say that Dominic Ongwen was abducted as a child and did not know what he was doing,” says Charles Tolit Atiya from Makerere University’s Human Rights and Peace Center in Kampala. “On the other hand, there are numerous people who became victims of his brutality. They were disfigured and have lost everything.”

In 2005, the ICC issued arrest warrants for Joseph Kony and four of his deputies, among them, Dominic Ongwen. Kony is still on the run. The other three deputies are dead. At the beginning of 2015, Ongwen fell into the clutches of Central African Republic (CAR) rebels who handed him over to the US Army. A few days later he was extradited to the Hague.

Alexander Ochen, now a teacher, knew Dominic Ongwen. The 47-year-old was also an LRA commander. Like Ongwen, he was abducted by the rebel militia as a teenager. “Some of us were forced to do what we did to survive. Many of those abducted were killed,” Ochen said shortly after the start of the trial. He seriously doubts whether holding a trial in an international court 6,000 kilometers (3,700 miles) away was a good idea. “I was secretly praying he would be given amnesty and that a system of community courts would be set up so that victims and perpetrator could face one another. That would help the healing process,” said the former LRA commander.

Human rights lawyer Opiyo hopes the ICC will take into account the fact that the Ugandan state and the international community share blame. In his opinion, they failed to protect the children from abduction by the rebel groups. “The fact that Ongwen did these things against his will — under duress and threat of death — should be a powerful mitigating factor.”

Uganda’s government gave amnesty to Alexander Ochen — along with thousands of other LRA fighters who have returned home to their villages. Many people in northern Uganda are of the opinion that local court proceedings are a better way of achieving healing and reconciliation. “The victims have clearly stressed that they are concerned with justice, with seeing their communities rebuilt and receiving reparations, not with a prison sentence in the Hague,” says Opiyo. He criticizes the fact that the trials did not take place in Uganda, which he calls “the epicenter.”

‘Our failure as a society’

Opiyo believes the most sensible thing to do would be to reintegrate Ongwen into society and ask the public for forgiveness. Though he says a jail sentence would still be appropriate. Beyond deciding Ongwen’s fate, the ICC ruling will also determine what kind of compensation the victims of the civil war can expect.

The conclusion of the trial is not just important for the LRA’s victims, says the lawyer. “Many child soldiers live in the hope that their role as victims will be recognized one day. That our failures as a society, as an international community, will be recognized and that they will be adequately compensated.” The closing of the Ongwen case could mark the beginning of that process.

These were the details of the news ICC ruling against Lord’s Resistance Army commander expected for this day. We hope that we have succeeded by giving you the full details and information. To follow all our news, you can subscribe to the alerts system or to one of our different systems to provide you with all that is new.