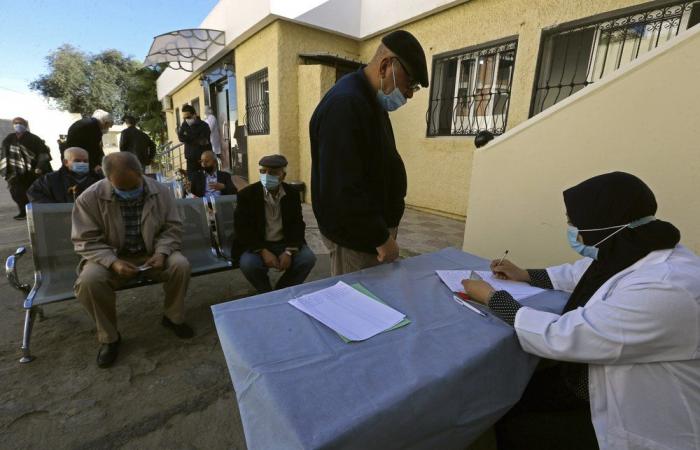 You are now following the details of the IMF says vaccines to fuel Mideast recovery, tough path ahead news and now we leave you with the details

The IMF revised its 2020 economic outlook upward for the Mideast and North Africa, now predicting only a 3.8 percent contraction as higher oil prices boosted budgets for producers and some countries suffered less than anticipated during the pandemic’s first months.

However, war-torn and debt-mired nations could be further hurt by a delayed rollout of COVID-19 vaccinations, further slowing any regional economic recovery from what the United Nations has called the worst crisis to strike global employment since the 1930s Great Depression.

“This is a year of reset where we are in a race between the virus and the vaccine,” Jihad Azour, director of the Middle East and Central Asia department at the IMF, told The Associated Press. “This hinges on the speed of vaccination and the risks of a third wave of new mutations.”

The IMF forecasts economic growth of 3.1 percent in 2021 and 4.2 percent in 2022 for the Mideast and North Africa. However, the countries that have access to the widest number of vaccines likely will fare better than those without, Azour said. He pointed to Bahrain and the United Arab Emirates, which so far have some of the highest vaccination rates per capita in the world.

The pandemic has decimated the travel and tourism industry, major employment drivers for the UAE. Lowered demand saw companies across the region slash staffing.

The UN’s International Labor Agency says about half of the workers in the Arab states now live in countries with COVID-19 workplace restrictions, down from nearly 100% between April and June. Across 2020, the region lost some nine percent of its overall working hours, the equivalent of five million full-time jobs, according to the ILO.

Already, oil-rich countries have benefited from rising oil prices. After futures prices went into negative territory in April as coronavirus lockdowns cut travel, prices have rebounded. Benchmark Brent crude traded this week around $58 a barrel as traders count on a rebound in demand after vaccines become widely available.

In Iran, Azour said the IMF continues to look at the country’s $5 billion assistance request, which would be its first loan since 1962. Tehran continues to struggle with inflation, US sanctions imposed by the Trump administration shrinking its oil sales and the pandemic.

“What is needed for Iran is to address the social tensions or social issues by making sure that social protection measures are geared toward protecting the most vulnerable groups,” Azour said.

He added that it was still “too early to tell how the US policy to the region will be” under President Joe Biden, particularly in relation to Iran. Biden has signaled a willingness to bring the US back into Iran’s 2015 nuclear deal with world powers, though his top diplomat has described America as being a ”long way” from that due to Tehran’s growing uranium stockpile, advanced centrifuges and enrichment closer to weapons-grade levels.

Then there’s the war-ravaged nations of Libya and Yemen.

“Yemen and Libya are suffering not only the problem of the pandemic, but also protracted internal conflicts,” Azour said. “Peace is always an important feature in any economic and social well-being and therefore peace would be critical.”

Yet across the entire Mideast, Azour said the only country at immediate risk of further economic contraction this year is Lebanon.

Last year, Lebanon saw its economy contract by 25 percent as it grappled with the worst financial crisis in its history and defaulted on its foreign debt. That came as an explosion at Beirut port devastated the Mediterranean city and the pandemic that forced the country into lockdowns.

Further political deadlock as a caretaker government holds power could see its economy contract in 2021 by another nine percent, Azour said. He also stressed any IMF aid remained contingent on a new government and their embrace of “a comprehensive reform program.”

“Lebanon has been in one of the most challenging crises of its history, at least for the last hundred years,” Azour said. ”The fund is ready to re-engage with Lebanon as soon as the new government is formed around the main priorities that Lebanon needs to tackle.”

FILE – In this Wednesday, February 3, 2021 file photo, a man registers to make a medical appointment and get the COVID-19 vaccine, in Algiers, Algeria. In a new report released Thursday, February 4, 2021, the International Monetary Fund said broad access to different coronavirus vaccines remains crucial for an economic recovery in the Mideast. (AP Photo/Fateh Guidoum, File)

These were the details of the news IMF says vaccines to fuel Mideast recovery, tough path ahead for this day. We hope that we have succeeded by giving you the full details and information. To follow all our news, you can subscribe to the alerts system or to one of our different systems to provide you with all that is new.