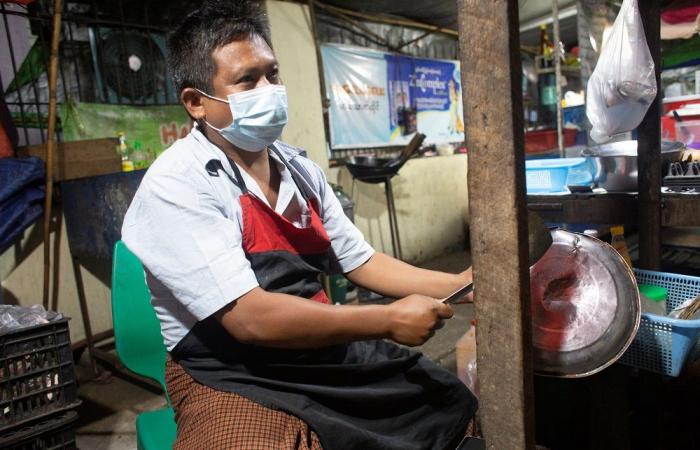 Hello and welcome to the details of 'Driving evil out': Myanmar people kick up din to protest coup and now with the details

YANGON, Feb 4 ― Clanging cymbals and banging pots, Yangon residents unhappy with a putsch that ousted Myanmar's leader Aung San Suu Kyi have begun kicking up a nightly fracas to chase out “evil spirits” ― in this case, the military.

Suu Kyi and other top civilian leaders were detained in dawn raids on Monday.

The lightning coup brought a country on the path to democracy to a shuddering halt, returning the reins of power to the military who ruled Myanmar with an iron fist for nearly five decades.

The presence of soldiers, acute fears over Suu Kyi's safety in detention and concerns about the ongoing coronavirus pandemic have so far kept a lid on any mass demonstrations since the takeover.

But residents in the commercial capital of Yangon are resorting to an old tradition to express their displeasure ― making as much noise as possible.

For the last two nights in a row, Yangonnites have stood on the streets at 8:00 pm to bang pots and pans, whack discarded cardboard boxes and clash cymbals for an hour. Those in their cars at the time honk their horns relentlessly.

“We used to do it to drive evil out of the village or out of the house,” said Thinzar Shunlei Yi, an activist who is one of the organisers behind a so-called Civil Disobedience Movement opposing the coup.

“People are using this tactic to drive the military junta out of the country.”

Similar scenes were witnessed during previous periods of protest in 1988 and 2007, both of which were suppressed with lethal force.

Last night, the cacophony also gave way to an old revolution song, Kabar Ma Kyay Bu ― We Won't Forget Until the End of the World.

Popularised during the 1988 uprising ― which saw thousands of protesters gunned down on the streets ― it is an emotional appeal for freedom set to the tune of Dust in the Wind by Kansas.

“History is written with our blood... to those who lose their lives on the battle for democracy,” sang residents from their balconies in Yangon's Pazundaung Township.

A man waved a red National League for Democracy flag in front of his storefront as cars drove by beeping their horns, while others flashed a three-finger salute ― a gesture borrowed from pro-democracy movements in Thailand and Hong Kong.

“I want all the generations of (the military's) families to suffer the grief we are suffering ― we won't forget until the end of the world,” said 28-year-old Meme Win Maw in Sanchaung township, referencing the song's title.

Chants of “long live Mother Suu” rang out across Yangon's myriad townships ― but by 9:00 pm, all that could be heard was the sound of traffic.

“Banging the pots and pans slows my anger,” Min Theint Oo, a 50-year-old in Tharkayta Township who lived through the previous junta regime, told AFP.

These were the details of the news 'Driving evil out': Myanmar people kick up din to protest coup for this day. We hope that we have succeeded by giving you the full details and information. To follow all our news, you can subscribe to the alerts system or to one of our different systems to provide you with all that is new.