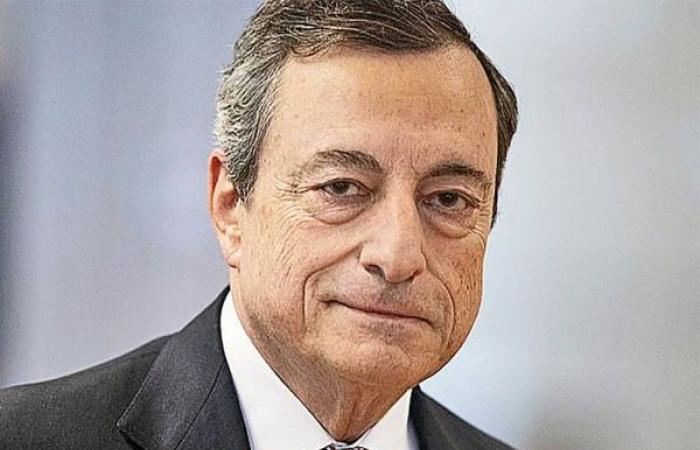 Italian President Sergio Mattarella gave Draghi, 73, a mandate to do so on Wednesday after negotiations between political parties failed to produce a government coalition.

"I thank the President of the Republic for the confidence he gave me in giving me the task to form the new government," said Draghi.

He told reporters that he was committed to ending the pandemic, completing the vaccination campaign and relaunching the country. Mattarella told Italians on Tuesday night that they had no choice but to form a new government.

"There are now two alternative roads: give birth immediately to a new government able to face the grave current emergencies, health, social, economic and financial, or the other way of immediate early elections," Mattarella said.

While acknowledging that a parliamentary election was an important "exercise in democracy", he said forming a government would take a long time.

"This would mean to keep our country with a government not fully functioning during crucial months, decisive for the fight to the pandemic, to use the European funds, and to tackle the serious social issues," he said.

The urgency of these crises means that there could be "a new government by the end of the month but... predictions are very difficult, especially in the Italian context, which is very unstable and politically fragmented," said Dr. Davide Vampa, a lecturer in politics at Aston University.

If most MPs do not support Draghi, there could likely be "an early election in the midst of the pandemic," he added.

Italy has suffered greatly due to the COVID pandemic and has the second-highest death toll in Europe with over 89,000 deaths. In 2020, Italy's gross domestic product fell 8.8% and nearly 450,000 jobs were lost, the country's national statistics agency reported this past week.

The current political crisis stemmed from Matteo Renzi pulling his party Italia Viva out of the current governing coalition over the use of more than €200 million worth of European COVID recovery funds.

Over the weekend, Chamber of Deputies President Ricardo Fico held talks with political parties in the hopes of forming a new political government. Those negotiations, however, were unsuccessful.

Former ECB chief Draghi is credited for playing a large role in preserving the euro, Europe's common currency, during the debt crisis. He was also previously Governor of the Bank of Italy.

Renzi, who had been Italian prime minister between 2014 and 2016, shared his support for Mattarella's decision, stating that the deputies must accept the appeal and support Draghi.

But it's not clear whether the Five Star Movement, which has the most seats in parliament, will be supportive.

Vito Crimi, leader of the anti-establishment party, had said "the only person capable of leading the country seriously and effectively through this particularly complex phase is Giuseppe Conte."

It is also "unclear whether this government will be technocratic (i.e. formed of non-partisan experts) or political (i.e. political parties would enter the executive)," said Vampa.

"This will depend on the negotiations in the next days and the range of parliamentary groups willing to support him."

The last time the country had a technocratic government was from 2011 to 2013 when former EU commissioner Mario Monti was tapped to form a Cabinet to address the debt crisis following the resignation of Silvio Berlusconi. — Euronews

These were the details of the news Draghi accepts president's mandate to form next Italian government for this day. We hope that we have succeeded by giving you the full details and information. To follow all our news, you can subscribe to the alerts system or to one of our different systems to provide you with all that is new.