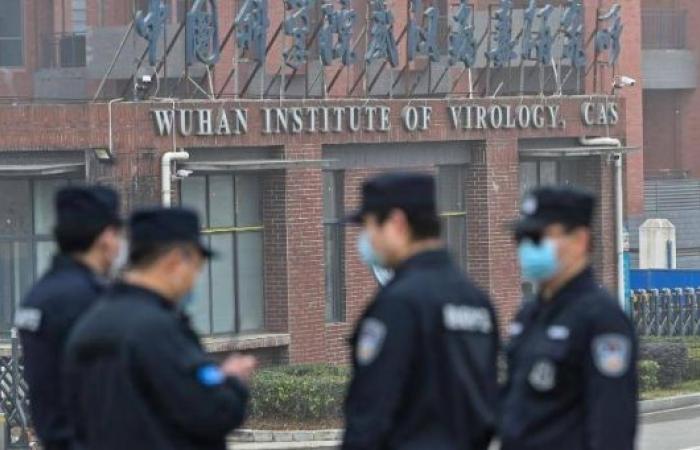 Hind Al Soulia - Riyadh - HONG KONG — A team of World Health Organization investigators in Wuhan are visiting a laboratory on Wednesday that has been the focus of conspiracies and speculation about the origin of the coronavirus pandemic.

The WHO investigators began research in the central Chinese city last week, after a 14-day quarantine and bureaucratic delays. Their work has been subject to intense scrutiny and political pressure from both within China and outside the country.

Few places they are visiting are as controversial as a laboratory run by the Wuhan Institute of Virology, which officials in former US President Donald Trump's administration suggested, without providing evidence, could have been the origin of the coronavirus.

The lab in question, which is affiliated with the central government-run Chinese Academy of Sciences, is the only one in mainland China equipped for the highest level of biocontainment, known as Biosafety Level 4 (BSL-4).

BSL-4 labs are designed to study the world's most dangerous pathogens — those that pose a high risk for transmission, are frequently fatal and most often have no reliable cure, such as coronaviruses.

The Wuhan lab was created in the wake of the deadly severe acute respiratory syndrome (SARS) epidemic, which swept through China and other parts of Asia in 2002 and 2003.

In particular, the Wuhan lab team led by virologist Shi Zhengli, known as China's "bat woman" for years of virus-hunting expeditions in bat caves, has focused on bat-borne coronaviruses, exactly what the current pandemic is believed to have been caused by.

Bats are a major reservoir for viruses, and though they do not suffer from them thanks to natural resistance, they are known carriers of many infectious pathogens that are devastating for humans, including Ebola, rabies, SARS, and Middle East respiratory syndrome (MERS). The current scientific consensus is that SARS-Cov-2, the virus behind the COVID-19

This makes the work of labs such as that in Wuhan all the more important, as understanding how viruses evolve and spread from bats to humans could better enable scientists to fight future infections. It also means, however, that such labs may play host to a number of potentially deadly pathogens, and must be extra cautious about ensuring they do not escape.

Although the stridently anti-China Trump administration suggested this could have taken place in Wuhan, most experts disagree.

In a paper published in the journal Nature Medicine last March, leading infectious disease specialists in the United States, the United Kingdom, and Australia said it was "improbable" that the novel coronavirus had emerged from a lab, citing a comparative analysis of genomic data.

"Our analyses clearly show that SARS-CoV-2 is not a laboratory construct or a purposefully manipulated virus," the paper said.

Peter Daszak, a member of the WHO team currently in Wuhan and president of EcoHealth Alliance, an environmental health non-profit, said he was confident in the lab's safety protocols.

"I know that lab really well," said Daszak, who has worked closely with virologist Shi in the past.

"It is a good virology lab that was doing good work that got close to finding what the next SARS-related coronavirus would be. But it didn't find it as far as I know. But you know, unfortunately, it maybe got so close that people now ironically start to blame it."

Some have speculated that the WHO team may be limited in what they can see during inspections in China — particularly as Beijing has begun to push alternative, often completely unfounded, theories about the origin of the virus — but Daszak said he hoped his personal relationships with the lab leadership will mean they get everything they need.

"We've already spoken with (Shi) Zhengli, and she's open about these things. I'm hoping that we'll have the same level of openness and transparency," he said.

However, Daszak did express concern that the wider investigation may be too late to find important information in Wuhan, where the initial outbreak of the virus occurred and it is believed to have originated from.

"We could have been here a year ago doing good work," Daszak said, though he added "we're getting good access ... all the time, we're digging in to find out more and more information about each possible pathway."

On Sunday, the WHO team visited the now disinfected and shuttered Huanan seafood market, where a cluster of pneumonia-like cases were first detected in late 2019 and which is long thought to have been a potential origin of the outbreak.

Peter Ben Embarek, the leader of the WHO team and a food safety specialist, told CNN that "even if the place had been to some extent disinfected, all the shops are there -- and the equipment is there. It gives you a good idea of the state of the market in terms of maintenance, infrastructure, hygiene and flow of goods and people."

The team was able to talk to locals and workers, said Ben Embarek, adding that it was too early in their investigations to draw conclusions.

"It's clear that something happened in that market," Ben Embarek said. "But it could also be that other places had the same role, and that one was just picked because some doctors were clever enough to link a few sporadic cases together."

Another WHO team member, Professor Thea Fisher, said she'd been surprised by the "usefulness" of seeing a market that had been deserted for the past year. "We had some very good public health people with us who had actually been undertaking some of the environmental sampling at the market ... explaining to us exactly where did they take the samples from the ventilation system."

Daszak, who specializes in zoonoses — diseases that can be transmitted from animals to humans -- said the market visit was "to me a critical point in the trip."

"We got to see the place where every infected person that was confirmed from that market had a stall, you got a feel for how new it was, what the infrastructure is like," he said. "Would it have been a messy place, a busy crowded place? So that was extremely useful."

All the WHO team have cautioned that any findings from the current investigation are likely to take a considerable amount of time, and spoken of a need to "manage expectations," even as the eyes of the world are upon them. — Courtesy CNN

These were the details of the news WHO team heads to China bat lab at the center of coronavirus conspiracies for this day. We hope that we have succeeded by giving you the full details and information. To follow all our news, you can subscribe to the alerts system or to one of our different systems to provide you with all that is new.