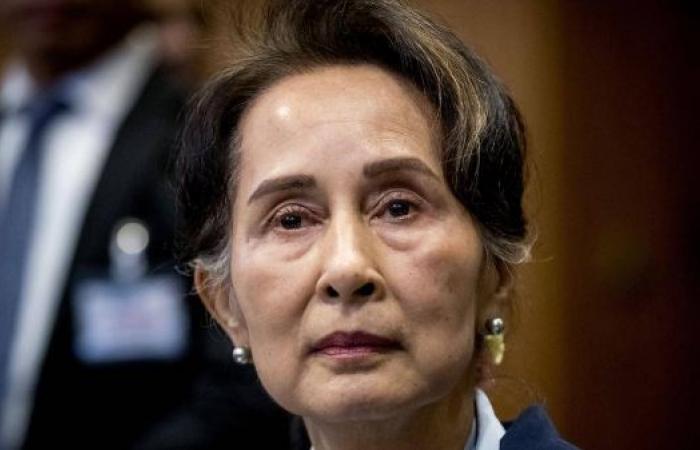 Suu Kyi, who was the country's de facto leader under the title state counselor, was issued with an arrest warrant for breaching the country's import and export laws.

National League for Democracy (NLD) spokesperson Kyi Toe, posted on his Facebook account Wednesday that Suu Kyi will be detained until Feb. 15.

"According to reliable information, a 14-day arrest warrant was issued against Daw Aung San Su Kyi under the Import and Export Law," he said.

Suu Kyi and former President Win Myint were arrested in pre-dawn raids on Monday hours before the military declared that power had been handed to the commander in chief Min Aung Hlaing over unfounded allegations of election fraud. A state of emergency was declared for one year.

Numerous senior lawmakers and officials in the ruling National League for Democracy Party (NLD) were also detained, with some 400 kept at a guest house in the capital.

Cementing its rule, the new ruling junta removed 24 ministers and deputies from government and named 11 of its own allies as replacements who will assume their roles in a new administration.

The sudden seizure of power came as the new parliament was due to open and after months of increasing friction between the civilian government and the powerful military, known as the Tatmadaw, over alleged election irregularities.

Suu Kyi's party, the NLD claimed an overwhelming victory in the November 2020 elections, only the second since the end of military rule, taking 83% of the vote, which granted it another five years in government.

These were the details of the news Suu Kyi remanded in custody for 2 weeks following coup in Myanmar for this day. We hope that we have succeeded by giving you the full details and information. To follow all our news, you can subscribe to the alerts system or to one of our different systems to provide you with all that is new.