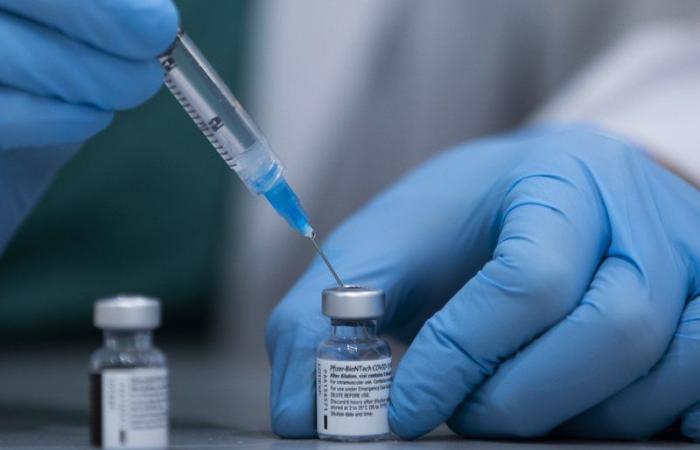 Mohamed Nass - Cairo - JERUSALEM (AP) — The Palestinian Authority administered its first known coronavirus vaccinations on Tuesday after receiving thousands of doses from Israel, which has already inoculated more than a third of its population.

The Palestinian Health Ministry announced the start of the campaign in a statement, saying Health Minister Mai al-Kaila received a first dose along with several front-line medical workers. The statement did not acknowledge that Israel provided the vaccines.

Israel, which launched its own vaccination campaign in December, began transferring 5,000 doses of the Moderna vaccine to the Palestinians this week, and the first doses will go to medical workers. The Palestinians hope to acquire tens of thousands more doses in the coming weeks through a World Health Organization program.

Even if those deliveries materialize, however, it could take several months to administer enough vaccines to bring the outbreak under control in the Israeli-occupied West Bank and the Gaza Strip, which are home to more than 4.5 million Palestinians. Israel is on track to vaccinate its entire adult population by the end of March.

The WHO has expressed concern about the inequity between Israel, which is leading one of the world’s most successful vaccination campaigns, and the Palestinian territories. Israel captured east Jerusalem, the West Bank and Gaza in the 1967 war, lands the Palestinians want for their future state.

Rights groups say Israel has the obligation as an occupying power to vaccinate Palestinians. Israel denies having such a responsibility, and says its priority is its own citizens. Israel is actively providing vaccinations to its Arab citizens and Palestinians living in annexed east Jerusalem.

Israel secured millions of doses through agreements with drug makers Moderna and Pfizer, and has given the first of two doses to more than three million people out of its population of more than nine million. It remains under lockdown, however, as the virus continues to spread at a high rate.

The Palestinians have not publicly requested vaccines from Israel and say they are securing their own supplies through the WHO and contracts with pharmaceutical companies. The PA acknowledged the receipt of 2,000 doses on Monday — the first batch of vaccines sent by Israel — but did not say where they came from.

Under the Oslo accords signed in the 1990s, the PA is responsible for providing health care in the territories it administers. But the interim peace agreements say both sides should cooperate in combatting epidemics.

The WHO said Monday that the PA would receive 37,440 doses of the Pfizer-BioNTech vaccine from mid-February “subject to approvals of supply agreements with manufacturers.” It said the PA would receive another 240,000 to 405,600 doses of AstraZeneca’s vaccine from mid- to late February subject to WHO emergency use approval. The PA says it will also buy thousands of doses of Russia’s Sputnik V vaccine, which a new study indicates is safe and effective.

The Pfizer-BioNTech and AstraZeneca vaccines are being provided through COVAX, a WHO program designed to help poor countries acquire vaccines. Even if the Palestinians receive the upper limit of those deliveries, they would only be able to vaccinate up to five percent of the population of the West Bank and Gaza.

These were the details of the news Palestinians give first vaccines after Israel shares supply for this day. We hope that we have succeeded by giving you the full details and information. To follow all our news, you can subscribe to the alerts system or to one of our different systems to provide you with all that is new.