Impact of COVID-19 on cancer care has been ‘profound’: WHO 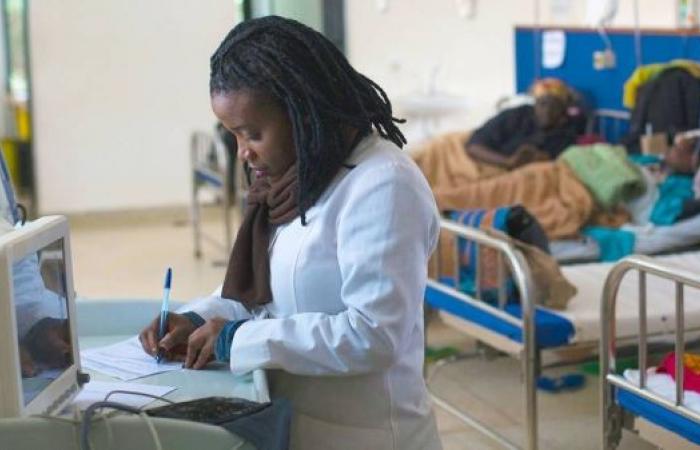 We show you our most important and recent visitors news details Impact of COVID-19 on cancer care has been ‘profound’: WHO in the following article

Hind Al Soulia - Riyadh - GENEVA — The COVID-19 pandemic has had a “profound” impact on the diagnosis and treatment of cancer around the world, the UN World Health Organization (WHO) said on Tuesday, before highlighting that breast cancer has become the most common type of the disease.

More than a year since the new coronavirus crisis began, its impact on cancer care has been stark, with “50 percent of governments (having) cancer services partially or completely disrupted because of the pandemic,” said Dr. André Ilbawi, from WHO’s Department of Noncommunicable Diseases.

“Delays in diagnosis are common. Interruptions in therapy or abandonment have increased significantly,” he continued, adding, that this would likely have an impact in the total number of cancer deaths in coming years.

“Healthcare professionals have been under great stress to deliver services and there are significant reductions in research and clinical trial enrolment. To state it simply, the consequences of the pandemic on cancer control efforts have been profound.”

An unspecified number of countries “of all income levels” had been affected, the WHO medic continued, although some wealthier nations had managed to counter the effects of the pandemic, including the Netherlands, where special programs have been set up to speed up access to cancer diagnosis and treatment for those with symptoms.

Amid uncertainty over which COVID-19 vaccine might be most suitable for cancer patients, given the increased vulnerability of some individuals, Dr. Ilbawi said that data from ongoing clinical vaccine trials had yet to be published.

According to the WHO, the economic burden of cancer on communities is huge and increasing; in 2010, its cost was estimated at $1.16 trillion.

According to the agency, there were 2.3 million new breast cancer cases in 2020, representing almost 12 per cent of all cancer cases. It is also the leading cause of cancer death worldwide among women.

Speaking via Zoom in Geneva ahead of World Cancer Day this Thursday, Dr. Ilbawi noted that “for the first time, breast cancer now constitutes the most commonly occurring cancer globally, followed by lung, which has historically been leading cause in most of, of cancer, and third colorectal”.

The WHO official warned that the burden of cancer is expected to rise further in the years ahead for a variety of reasons including population growth, with the number of new cases worldwide in 2040 likely to be 47 percent higher than in 2020.

The greatest increases will be in low and middle income countries where late-stage diagnosis and lack of access to quality and affordable diagnosis and treatment are common, the UN agency said in a statement.

Sufferers from poorer countries are disproportionately affected, with nearly 90 percent of global deaths in 2020 from cervical cancer occurring in low- and middle-income nations.

Underscoring the benefits of early diagnosis and appropriate treatment, the UN health agency appealed for better availability of human papillomavirus vaccine (HPV) and low-cost approaches for screening and treating pre-cancer “before it progresses to invasive cancer”, in addition to new approaches to surgical training.

Achieving these targets would lead to a decline in cases of more than 70 percent by 2050 and help to avert 4.5 million cervical cancer deaths. — UN News

These were the details of the news Impact of COVID-19 on cancer care has been ‘profound’: WHO for this day. We hope that we have succeeded by giving you the full details and information. To follow all our news, you can subscribe to the alerts system or to one of our different systems to provide you with all that is new.