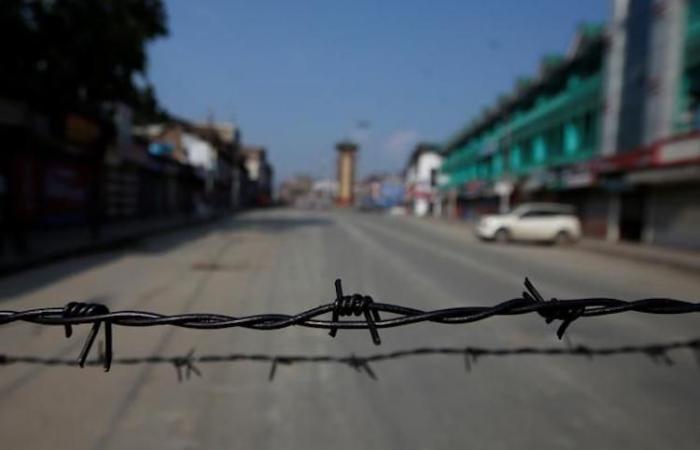 Thank you for reading the news about Indian scholars decry govt. move to vet Kashmir forums and now with the details

Jeddah - Yasmine El Tohamy - NEW DELHI: Scholars in Kashmir and across India expressed outrage on Tuesday over a government order for all public universities and institutions to seek approval before hosting international online forums on Kashmir and other “internal matters.”

Experts have said the decision creates an “iron curtain” over free thought.

“While giving permission, the MEA should ensure that the subject matter for online events is unrelated to security of state, borders, the North East and UT (Union Territory) of Jammu and Kashmir, Ladakh or any other issues that are clearly/purely related to India’s internal matters,” the education ministry said in a statement.

The revised guidelines will be implemented with “immediate effect.”

As part of the new measures, those taking part in seminars must also have their names recorded and approved by the government.

“The guidelines come into force with the date of it being released,” Saroj Kumar Choudhary, government undersecretary, told Arab News.

Before the latest guidelines, prior approval was required from the MEA to organize foreign conferences or seminars in India — specifically those involving non-Indians arriving in the country on a conference visa — with the latest order being extended to webinars, too.

Kashmir-based academics have labeled the decision a “totalitarian move.”

Dr. Sheikh Showkat Hussain of Srinagar-based Central University of Kashmir said: “They are trying to raise iron curtains around India, which is unsustainable.

He added that a university “should be a universe where academics discuss issues without any restrictions and where new ideas are generated.”

Therefore, the guideline is a “problem for those who want to discuss issues and also a problem for academics.”

The disputed territory of Kashmir faced several new restrictions in August 2019 when New Delhi scrapped Articles 370 and 35A of the constitution, which granted autonomy to the region.

The move was followed by a crackdown on political activity, mass arrests of hundreds of political leaders and activists, and a total lockdown of the region.

Kashmir has yet to have its democratic rights restored, with 4G internet services suspended and many political workers kept in jails.

Hussain said with the government’s latest order, “the regimented atmosphere of Kashmir is being extended to the whole of India.”

He added: “It will destroy all the structures of academics.”

He added: “It forces and encourages something more diabolical than a law that is self-censorship on the part of individuals and institutions.

“You deny scholarship and knowledge to people through such steps. The direction India is going in is a matter of deep worry.

“By the time the world realizes, it might be too late.”

He said: “You cannot establish peace if you don’t address the disputes. How long will you continue fighting over Kashmir? India and Pakistan cannot escape the reality of rising to the occasion and addressing the issues of Kashmir.”

He added that any solution “has to be Kashmir resolution-specific rather than restricting discussion on the issue.”

A BJP spokesperson refused to comment on the matter when contacted by Arab News on Tuesday.

Scholars, however, bemoaned the “end of intellect” in India.

“The Indian government claims that they are going to establish world-class institutions and invite Ivy League universities ... with guidelines like these, how can you expect any free thought to prosper and flourish in India?” Jha said.

“The BJP regime is anti-knowledge and anti-intellect.

“Universities in India are already in a semicoma because in the last few years all the central universities are being controlled by plaintiff vice-chancellors appointed by the government,” he said.

Prof. Ghulam Mohmad Shah of Delhi-based Jamia Millia University said: “Democracy has already been in decline in Kashmir under the BJP regime.

“It is in a terminal decline and hopeless state.”

These were the details of the news Indian scholars decry govt. move to vet Kashmir forums for this day. We hope that we have succeeded by giving you the full details and information. To follow all our news, you can subscribe to the alerts system or to one of our different systems to provide you with all that is new.