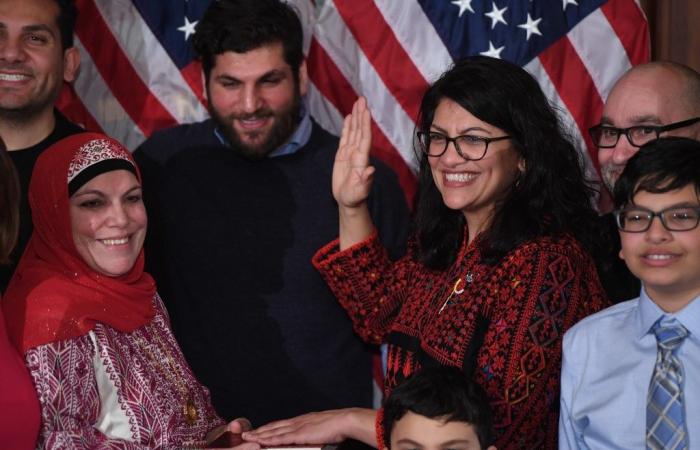 Thank you for reading the news about Self-pride wins elections, say Arab-American elected officials and now with the details

Jeddah - Yasmine El Tohamy - CHICAGO: A panel of Arab-American elected officials on Monday said discrimination before and after the 9/11 attacks pushed them to want to change American society from the inside, winning public office by accepting who they are and building community coalitions.

They were speaking at a summit organized by the Arab America Foundation and attended by Arab News.

Tlaib, the eldest of 14 children of immigrant Palestinian parents, said a key to her rise in Michigan politics was to not hide who she really is.

She criticized those Arab Americans who hide their Arab identities to make their political lives “easier.”

Tlaib said: “I don’t hide my heritage … I grew up watching a lot of Arab Americans in local leadership. I actually love sharing all the things about my family and being part of an immigrant family, no matter who the audience is … It’s really important that we continue to share those stories because that’s how we connect.”

She took the oath of office wearing a traditional red and black fully embroidered Palestinian dress, becoming one of the first Muslim women to serve in Congress.

Khader, a Jordanian American, said he set aside his legal career after the anti-Arab and anti-Muslim backlash following 9/11 to pursue a career in public service. He was elected president of the Yonkers City Council in 2017.

Khader said he decided to run for office as a result of two incidents. The first was when protestors sought to remove the Palestinian flag from a city display of flags representing the heritage and culture of dozens of countries of the region’s residents.

The second was when a local board blocked the building of a mosque because of Islamophobia.

“They put flags up representing the different countries … but what happened was some people started complaining that the Palestinian flag was up there. I was taken aback … No one was advocating for it … There was just a lot of ignorance,” Khader recalled.

“Power for any ethnic minority is never going to be given to you … If you wait for that to happen it’ll never happen,” Khader said, adding that Arab Americans have to take that power by banding together and running for office.

“We broke the cycle. … We started a grassroots organization, and we shocked the political establishment by reaching out to everyone and sharing our stories.”

Rasoul was elected to the Virginia House of Delegates in 2014, and is only one of two Muslims in the state’s legislature.

“Even with the eight years I have in political office, I can’t shake the idealism I began with,” he said, adding that Arab Americans and other ethnic groups feel that “the system fundamentally doesn’t seem to work for them,” and that they need to be represented.

Arab Americans must be at the table, he said, to help determine the policies that impact their lives.

“In a primary election, anything can happen. There are a lot of forces,” Rasoul said. “But you have to be involved.”

Like Tlaib, Rasoul agreed that Arab Americans seeking public office need to be proud of their heritage and not run from it. “We need to double down on our values, who we are,” he said.

Tlaib said the election of Joe Biden as president shows people that the Arab and Muslim vote can be consequential and impactful.

“The Arab vote will swing elections,” she said, adding that in the past, political organizations only looked at the Arab community as a source of funding — “an ATM.”

Aiyash, a Yemeni American, said Arab Americans need to start by building up alliances in their own communities, and then expand by building coalitions with others.

“The most powerful interest group is the one in your community you’re trying to represent,” he added. “The real power lies when you uplift people and they recognize their agency … It’s nice to recognize our similarities, but recognizing our differences is very important … Building coalitions is incredibly important.”

These were the details of the news Self-pride wins elections, say Arab-American elected officials for this day. We hope that we have succeeded by giving you the full details and information. To follow all our news, you can subscribe to the alerts system or to one of our different systems to provide you with all that is new.