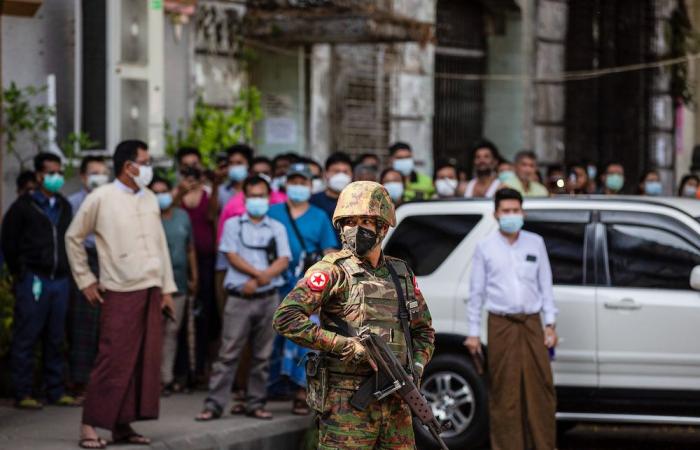 YANGON, Feb 2 — “Dictatorship must fail,” read the writing on the back of one Myanmar doctor’s hazmat suit in a statement of defiance against yesterday’s military coup.

Other medics in at least 20 government hospitals rallied to a campaign of civil disobedience against the generals who overthrew elected leader Aung San Suu Kyi on Monday and cut short a tentative transition to democracy.

Doctors threatened to stop work even with coronavirus infections still rising steadily in the country of 54 million.

“We cannot accept dictators and an unelected government,” Myo Thet Oo, a doctor participating in the campaign, told Reuters from the northeastern town of Lashio.

“They can arrest us anytime. We have decided to face it... All of us have decided not to go to the hospital.”

Reuters was unable to contact Myanmar’s new army government for comment on the doctors’ boycott and the broader signs of spreading dissent.

Anger against the military surged on social media, with a swathe of Facebook users in a country where it is the main platform changing profile pictures to portraits of Suu Kyi or the red colour of her National League for Democracy party.

In the main city of Yangon, people banged pans and sounded car horns after dark in protest.

One of Myanmar’s biggest youth groups and its federation of student unions called for civil disobedience campaigns along with the doctors from across the country - including a 1,000-bed hospital in the capital Naypyidaw.

“That is inspiring,” activist Thinzar Shunlei Yi told Reuters of the civil disobedience campaign, whose new Facebook page already had more than 112,000 likes.

The military also had its supporters, winning backing from the Young Men’s Buddhist Association in the Buddhist majority country. Hundreds of people rallied in the centre of the main city, Yangon, to support coup leader Min Aung Hlaing.

While the anti-coup doctors voiced dissent, supporters of the army on social media posted an old picture showing the uniformed Myanmar Military Medical Corps Covid-19 response team holding up a banner that said “We Are Ready”.

“We would rather die, than get treatment from the military,” some people posted in response.

Min Aung Hlaing set fighting the coronavirus as his main priority alongside holding elections on Tuesday. It has killed over 3,100 people from more than 140,000 infections, one of the highest tolls in Southeast Asia.

The pandemic has brought even greater respect for doctors working in one of the world’s weakest health systems.

Some doctors revived that campaign today alongside the boycott.

“We are well connected to each other in our medical network. We expect to connect and spread the campaign nationwide,” said Sai Nay Myo, a former assistant hospital director, of the civil disobedience campaign. “We cannot accept dictatorship.” In a letter that anticipated her detention and was published by an aide on Monday, Suu Kyi had called on people to protest against a coup - though she did not specify that they should take to the streets.

Pro-democracy supporters showed anger in many ways - including a slew of insults to a Facebook post by the new information minister thanking people for their best wishes.

Some announced boycotts of beer and other products from companies with links to the army’s extensive business holdings.

“We will only accept the government that was elected and wholeheartedly supported by the people,” said the Grill and Chill Restaurant in the main city Yangon, one of several to join the campaign.

And in an echo of months of anti-government protests in Thailand, two senior members of Suu Kyi’s NLD posted pictures of themselves giving the three-finger salute of opposition to army rule that was inspired by “The Hunger Games”. — Reuters

These were the details of the news Myanmar medics in anti-coup front line as dissent spreads for this day. We hope that we have succeeded by giving you the full details and information. To follow all our news, you can subscribe to the alerts system or to one of our different systems to provide you with all that is new.