Spain – The Granada region has been affected by several tremors 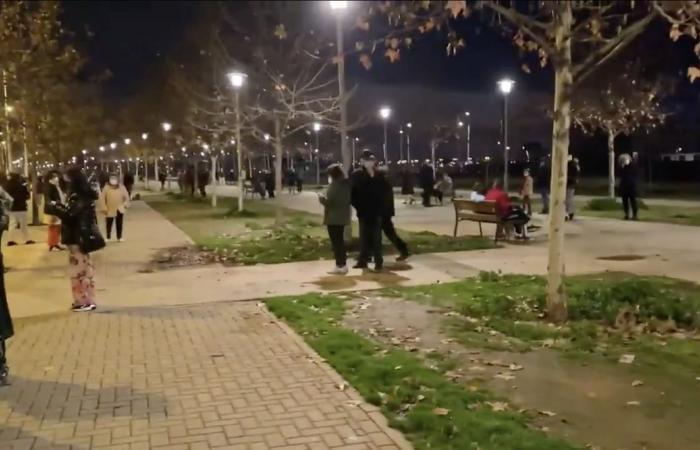 The Spanish Prime Minister appealed for calm following the tremors that occurred during the night from Tuesday to Wednesday in southern Spain.

The region of Granada (southern Spain) was affected by several tremors on Tuesday night Wednesday, without causing injuries or significant material damage but leading the Prime Minister to appeal for calm.

“Several tremors made Granada tremble again last night. I understand the concern of thousands of people. Now is the time to keep calm and follow the directions of the emergency services, ”Pedro Sanchez tweeted overnight.

Several images posted on social networks showed residents having put on coats over their pajamas, going out in the middle of the night in the street, despite the curfew in place because of the pandemic.

According to the National Geographic Institute (IGN), the three tremors felt Tuesday evening in Granada and its surroundings were of a magnitude between 4 and 4.3 on the Richter scale. Saturday, a shake of 4.4 was felt in Atarfe and Santa Fe, about ten kilometers away.

Since the beginning of December, nearly 300 tremors have occurred in the region, explains the institute, of which around forty have been felt by the population. Only some damage was observed after the shock on Saturday, such as cracks on the plaster or falling objects (books, dishes) at the epicenter, notes the institute.

But this “seismicity is usual” in this region, continues the IGN, “in particular inside the central zone of the Betic Cordilleras”, mountainous massif of the south of Spain, which has the most important seismic activity of the Iberian Peninsula, due to “the convergence between the African and Euro-Asian plate”.

The surface tremors of low magnitude to moderate magnitude” are numerous there but others present “occasionally a significant intensity”, he adds.

These were the details of the news Spain – The Granada region has been affected by several tremors for this day. We hope that we have succeeded by giving you the full details and information. To follow all our news, you can subscribe to the alerts system or to one of our different systems to provide you with all that is new.

PREV Grave of slain ‘Everything will be OK’ protester disturbed in Myanmar
NEXT Trump, returning to political stage, flirts with 2024 run