A lack of precipitation at the start of the season and low temperatures created a very unstable snowpack, causing a high number of avalanches. To describe the danger of the latter, the SLF is based on the European five-degree scale; 1is degree being the lowest and the 5the the most marked.

“A breakthrough that dates back to the 1990s,” notes Pierre Huguenin, SLF manager for Valais. Admittedly, this scale stiffens the system a little, but it has the advantage of being a common language between the countries. ” Even if it is not compulsory and there are variations
in its application exist according to the territories.

The specialist recalls that “this scale is established according to the probability of triggering an avalanche and the size that this one can have”.

According to statistics, 65% of fatal accidents occur at danger level 3. This has been the case in recent days. Considering that this is the median level, are we not minimizing the risks with such a scale? Pierre Huguenin confirms that the novices may wrongly consider it as a “medium” danger, whereas it is a “marked” danger. «Apart from experts and very experienced people, degree 3 is the maximum degree pto venture out outside secure domains, ”he insists.

Nivologist and director of the Meteorisk office in Sion, Robert Bolognesi in turn confirms that “this degree announces a delicate situation for skiers. Avalanches can easily be triggered by them or can even start spontaneously. ” And the magnitude of the casting can be important at this level.

Pierre Huguenin recognizes that “degree 3 is extremely wide” and that there is “a lot of difference” between the beginning of the level and the limit that separates it from the higher degree, which is why “we must be wary of it” .

According to the Valais snow specialist, “this scale of danger is quite clear for the vast majority of mountain practitioners, provided they know the meaning of the different degrees”. Robert Bolognesi insists on the need to read and fully understand the avalanche bulletin before leaving the secure slopes.

Degree 4 could be reached

Danger levels 4 and 5 on the scale are rarer and concern infrastructure, not the population directly. But in Valais, level 4 could be reached on Thursday. At this stage, “some municipalities already have measures to take, such as closing certain roads,” explains Pierre Huguenin. And when you reach degree 5, people must stay cloistered in their homes. ” In Switzerland, this final level has not been declared since January 2018. This week, heavy snowfall is expected, “several tens of centimeters in a good part of the Alps from Tuesday evening and on the following days”, specifies the specialist. Enough to increase the danger of avalanches. Special caution is required. As the snowpack is still unstable, you should be wary of it throughout the season.

These were the details of the news Switzerland: Avalanches: danger level 3 wrongly minimized for this day. We hope that we have succeeded by giving you the full details and information. To follow all our news, you can subscribe to the alerts system or to one of our different systems to provide you with all that is new. 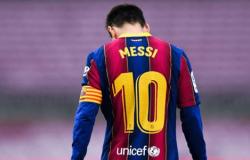