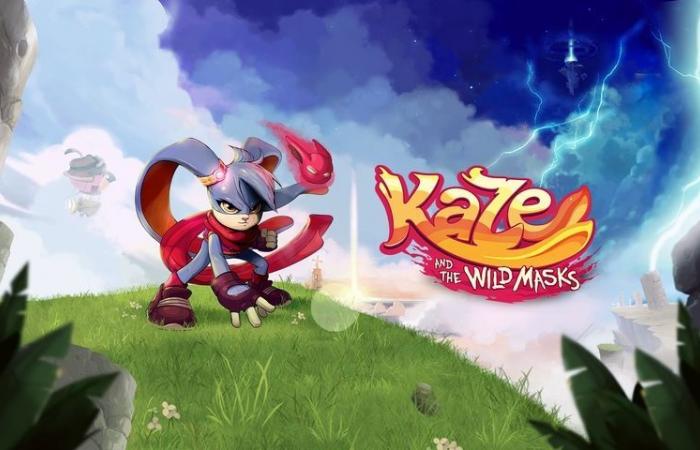 Old-school platform games are doing well and we don’t mind that.

The Wild Masks. A title that is in line with the greatest references of the genre released on 16-bit consoles. We will therefore play Kaze, an agile and twirling rabbit, who does not intend to let the peaceful Crystal Islands sink into chaos after a meteorite has transformed all plants, vegetables and other legumes into monsters. His goal: to save his friend Hogo from the curse caused by the fall of this strange meteorite. As my friend Jarod pointed out when the game was announced almost four years ago (!),

The title of PixelHive is reminiscent of the series of Donkey Kong Country in his use of rebounds on enemies and bumpers, as well as in the bonuses in the form of letters that he invites us to collect. It differs from it nevertheless, not only aesthetically, but also by the use of the famous masks which its title mentions. With each boss defeated, Kaze will indeed acquire a new ability resulting from the power of an animal such as glide, swim or climb.

The developers announce about thirty levels and a bunch of secrets since about fifty bonus levels can be unlocked.

The title will be released on March 27 on PlayStation 4, Xbox One, Switch, PC and Stadia. Finally, note that the console versions will be available in physical and dematerialized.

These were the details of the news The indie platformer Kaze and the Wild Masks will be released on March 26 – News for this day. We hope that we have succeeded by giving you the full details and information. To follow all our news, you can subscribe to the alerts system or to one of our different systems to provide you with all that is new.