Sahel: the Sahel Alliance and its partners assess three years of intervention in an area with multiple challenges 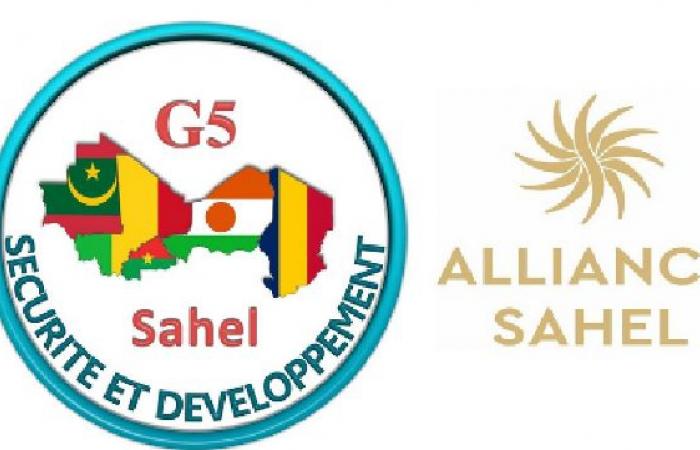 BRUSSELS, Belgium – During a digital conference, the Sahel Alliance officially took stock of three years of existence on Tuesday, January 19.

The conference panel brought together high-level speakers, including the Spanish Minister of Foreign Affairs, European Union and Cooperation, Arancha González Laya, and the Mauritanian Minister of Economic Affairs and the Promotion of Productive Sectors , Ousmane Mamoudou Kane.

The Alliance report analyzed a total of 507 projects representing around ten billion euros of commitments on the basis of 22 aggregated indicators. According to the report, the projects supported by Alliance members align both with the national development plans of the five countries but also with the frameworks established by the G5 Sahel.

“By supporting nearly 900 development projects, we are mobilizing in areas of great insecurity as in regions that create jobs to improve the lives of populations through very concrete achievements”, said Remy Rioux, Director General of the French Development Agency (AFD).

More specifically for the Emergency Development Program (PDU) of the G5 Sahel, “the Sahel Alliance and the G5 Sahel have worked to start 18 projects out of 21 under the Emergency Development Program (PDU) in the priority sectors of resilience, water, and social cohesion ”, affirmed the Mauritanian Minister of Economic Affairs and Promotion of Productive Sectors, Ousmane Mamoudou Kane, President of the Council of Ministers of the G5 Sahel.

The central question of accountability

Tertius Zongo, director of the Sahel Chair of the Foundation for Studies and Research on International Development (FERDI), recalled the importance of “accountability to beneficiary populations” and not only to – in the eyes of donors, because this makes it possible to avoid “this feeling of marginalization of the most vulnerable individuals”.

Maman Sidikou, executive secretary of the G5 Sahel stressed that “it is essential to move from declarations to actions, and to abandon the fragmented approach of operators favoring the notoriety of their interventions to the achievement of tangible results. “

At the end of the conference, Angel Losada, European Union Special Representative for the Sahel, stressed: “Our commitment is more important than ever.

The stabilization of the region and the national democratic processes, such as the one underway in Mali, must also be accompanied by development. »

The Alliance must now consolidate its action and demonstrate, in a tangible and visible manner, its increased effectiveness on the ground given the urgency of the situation, which continues to deteriorate.

In Chad, the report mentions the Program for the rehabilitation and strengthening of the resilience of socio-ecological systems in the Lake Chad Basin (PRESIBALT) financed to the tune of 6.5 million euros by the Bank in order to achieve major development works to improve the hydraulicity of the tributes of Chari-Logone and Komadougou-Yobé in order to revitalize the flood plains and preserve ecosystems and biodiversity.

In addition, the Bank launched the “Desert to Power” initiative, which aims to generate ten gigawatts of electricity to supply 250 million people by 2025 in eleven Sahel countries including the G5 Sahel countries.

The President of the African Development Bank, Akinwumi A. Adesina, has been named “champion” of the African initiative of “the Great Green Wall” (GGW), on the sidelines of the 2021 edition of the “One Planet Summit” held January 11. This initiative brings together eleven Sahelian African countries, including the five G5Sahel countries.

For the West Africa Director of the Bank, Marie-Laure Akin-Olugbadé, the African Development Bank will continue to be an important partner of the Alliance: “

The Sahel Alliance has never been so in demand at the moment. where we collectively support the governments of the G5 Sahel to rapidly achieve inclusive and ecological socio-economic progress, improve livelihoods, tackle climate change and strengthen countries’ resilience.

The African Development Bank is fully committed to doing its part. Together, we will continue to work for a prosperous, stable and resilient Sahel. “

These were the details of the news Sahel: the Sahel Alliance and its partners assess three years of intervention in an area with multiple challenges for this day. We hope that we have succeeded by giving you the full details and information. To follow all our news, you can subscribe to the alerts system or to one of our different systems to provide you with all that is new.