Telework is having its effects: mobility has … 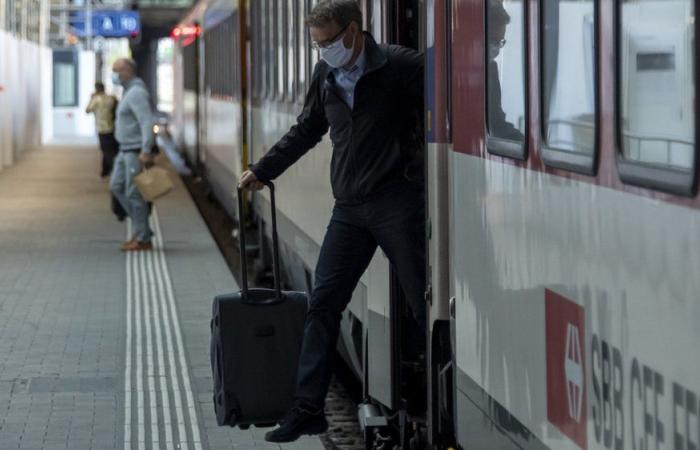 The population in Switzerland moves much less than usual. Since October, mobility has been in constant decline. At the beginning of January, the kilometers traveled were at the same level as during the partial containment of spring 2020.

Between July and October last year, mobility remained stable, according to monitoring by the Federal Office of Public Health (OFSP).

The trips made by the population then reached their usual monthly level.

36% increase in the number of people who no longer travel

The decline began in mid-October and has continued since. On January 6, the number of kilometers traveled was 36% below average.

The number of people who do not travel has increased by the same proportion, a result of compulsory teleworking.

The number of rail passengers has fallen continuously since October. It remained stable from November to mid-December before declining again since the end of December.

The week of December 28 to January 3, the occupancy of long-distance trains was halved compared to the same period a year earlier. For regional trains, the occupancy rate was 60%.

As for the number of air movements at Geneva and Zurich airports, it currently corresponds to 40% of the value of the previous year.

The National Alarm Center periodically evaluates data concerning the mobility of the population.

The information comes from Swisscom, CFF and the Federal Office of Civil Aviation (OFAC).

These were the details of the news Telework is having its effects: mobility has … for this day. We hope that we have succeeded by giving you the full details and information. To follow all our news, you can subscribe to the alerts system or to one of our different systems to provide you with all that is new.