In Davos, the EU invites the United States to common regulation of tech giants 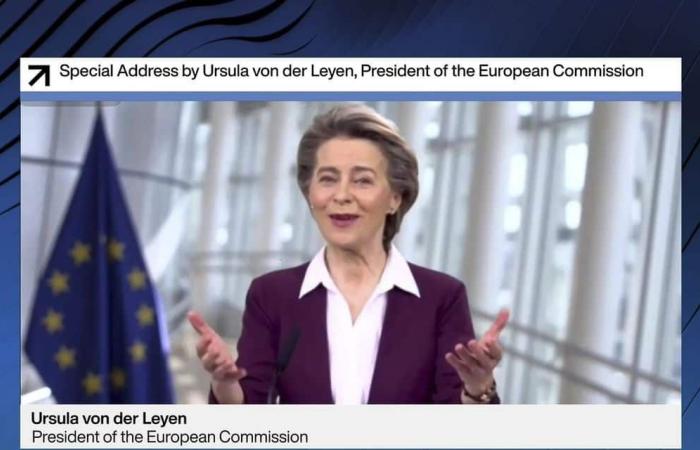 “I invite our American friends to join our initiatives. Together, we could create a set of rules for the digital economy that would be valid on a global scale”, she declared, a few days after arriving at the power of the new US President Joe Biden.

This set of rules would be “based on our values: human rights, diversity, inclusion and the protection of the private sphere”, she detailed, referring to the projects of the European executive. presented in December (Digital Services Act and Digital Market Act)

Ursula von der Leyen underlined in her speech the dangers of an unregulated internet for democracy.

The storming of the Capitol was a shock for me, as for many of us”, affirmed the head of the European executive.

“We must defend our institutions against the corrosive power of hate speech, disinformation, (…) and incitement to violence,” she stressed, questioning the role of social networks.

The business model of internet platforms has an impact not only on free and fair competition but also on our democracies, our security and the quality of information. This is why we must limit the immense power of large digital companies. “, she hammered.

“What is illegal offline should be illegal online and we want platforms to be transparent about how their algorithms work,” said von der Leyen.

On December 15, the European Commission presented its draft new legislation to try to put an end to the abuses of the digital giants accused of abusing their power and contributing to spreading dangerous speeches.

The Digital Services Act (DSA) must make all platforms accountable, but particularly the largest, which must have the means to moderate the content they host and cooperate with the authorities.

The Digital Markets Act (DMA) will impose specific constraints only on so-called “systemic” players, a dozen companies whose omnipotence threatens the free play of competition. Among them, the five “Gafam” (Google, Apple, Facebook, Amazon and Microsoft).

They will have rules imposed that increase the transparency of their algorithms and limit their use of private data, at the heart of their economic model. They will also have to notify the Commission of any proposed acquisition of a firm in Europe.

These were the details of the news In Davos, the EU invites the United States to common regulation of tech giants for this day. We hope that we have succeeded by giving you the full details and information. To follow all our news, you can subscribe to the alerts system or to one of our different systems to provide you with all that is new.