Italy: On the eve of a slap in the face in the Senate, Giuseppe Conte resigns 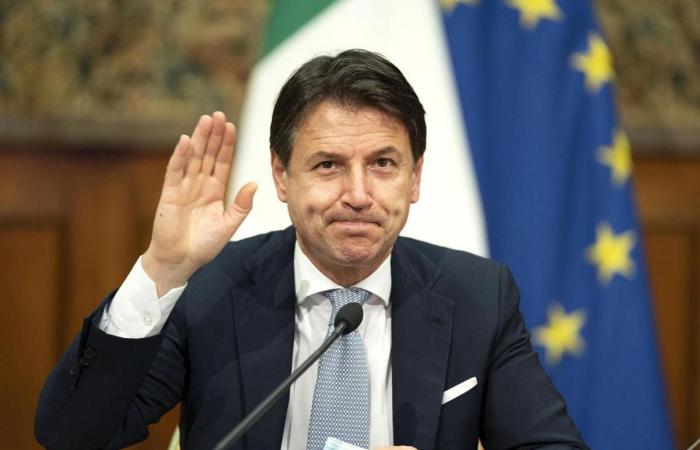 Without a parliamentary majority since the defection of Matteo Renzi’s party on Monday, the Italian Prime Minister shatters the coalition to resume the hunt for consensus.

The president will take his time to decide and called on the government to remain in office to run day-to-day business,” the statement said.

The second government formed in September 2019 by Giuseppe Conte – a coalition between the PD (center-left) and the 5 Star Movement (M5S, anti-system before coming to power) – came to an end on Tuesday after 509 days of life.

Giuseppe Conte chaired a council of ministers this Tuesday morning to inform his government of his imminent resignation, signaling the start of yet another political crisis in Italian political history.

Noting Monday of the impossibility of finding a new parliamentary majority after the defection of the small party of the former head of government Matteo Renzi, he will present his resignation to the President of the Republic at the end of the morning.

Giuseppe Conte nevertheless hopes to obtain a mandate from President Sergio Matterella to try to form a new government, his third since 2018, and to implement a plan of more than 200 billion euros supposed to revive the engine of the third economy in the euro area , cooled by the pandemic which has killed more than 85,000 people in the country.

He should then quickly launch all-out consultations with all Italian political parties, a consensus hunt that promises to be the most complicated. In the meantime, the current government will deal with current business.

Because the head of government – a lawyer and law professor very close to the 5 Star Movement who fell into the political pot a little by chance in 2018 – anticipated a scathing political slap in the face in the Senate on Wednesday.

The Senators were to vote on reforms by Justice Minister Alfonso Bonafede (M5S), who notably provided for the adoption of new rules on civil and criminal trials, or the abolition of the limitation period after the first conviction. A vote that loomed like a referendum against the government.

The political crisis was triggered by ex-Prime Minister Matteo Renzi (2014-2016), who withdrew his small Italia Viva party from the ruling coalition on January 13, after weeks of criticism of the management of the health crisis. and Mr. Conte’s economic spending plans.

In order to stay in power and avoid resignation, Mr Conte had to appear before parliament last week for a confidence vote from both chambers.

Easy in the lower house, the vote in the Senate was narrowly won, with only a relative majority after the withdrawal of the senators from Italia Viva.

Giuseppe Conte was forced to find that he would not rally enough independent or dissident parliamentarians to cling to power, with a simple ministerial reshuffle. “Conte’s calculation is that by taking the lead, and thus avoiding a humiliating defeat in the Senate, he will increase his chances of getting a mandate from Mattarella to form a new government,” said Wolfango Piccoli of the cabinet. Teneo studies.

But if Giuseppe Conte will be able to offer new ministerial chairs as a bargaining chip, the difficulty of expanding his majority remains unresolved. In case of failure, he will have to take the door definitively.

And his current supporters – PD General Secretary Nicola Zingaretti, and Foreign Minister Luigi Di Maio (M5S) – would be forced to let go and look for another foal to form a government.

There remains the hypothesis of the convening of new legislative elections. A high risk for the center-left government: opinion polls indicate that they would allow the right of Silvio Berlusconi (Forza Italia), associated with the extreme right (Lega and Fratelli d’Italia), to carry.

These were the details of the news Italy: On the eve of a slap in the face in the Senate, Giuseppe Conte resigns for this day. We hope that we have succeeded by giving you the full details and information. To follow all our news, you can subscribe to the alerts system or to one of our different systems to provide you with all that is new.