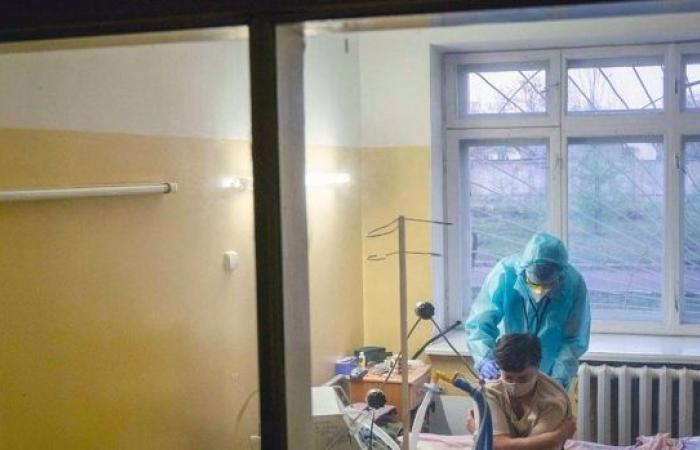 We show you our most important and recent visitors news details WHO chief urges: ‘Take heart and take action’ in the following article

Hind Al Soulia - Riyadh - GENEVA — The sheer scale of the numbers involved in the COVID-19 pandemic can “make us numb to what they represent”, the UN health agency chief said on Monday, reminding journalists in his latest briefing, that each one stands for “a person, a story”. As of late Monday, confirmed cases were nearing 99 million, and yet another grim milestone as 100 million cases looms.

Every death is someone’s parent, partner, child, or friend, Tedros Adhanom Ghebreyesus, head of the World Health Organization (WHO), told the briefing. He noted that exactly a year ago, fewer than 1,500 cases of COVID-19 had been reported.

Vaccines have given the world hope, which, according to the WHO chief is why “every life we lose now is even more tragic”.

“We must take heart, take hope and take action”, he said, reiterating his call for health workers and older people in all countries to be vaccinated within the first 100 days of 2021.

Last week, Tedros said that the world stood on “the brink of a catastrophic moral failure” if it does not deliver equitable access to vaccines.

Two new studies show that “it wouldn’t just be a moral failure, it would be an economic failure" too, he said.

While the report projected that most countries will recover in the second half of 2021, depending on vaccination rollout, it recommends international assistance for low and middle income countries to support vaccine rollout and promote economic and job recovery programs.

At the same time, a study commissioned by the International Chamber of Commerce Research Foundation, makes a strong economic case for vaccine equity.

“It finds that vaccine nationalism could cost the global economy up to $9.2 trillion, and almost half of that — $4.5 trillion — would be incurred in the wealthiest economies,” the WHO chief said.

Meanwhile a financing gap for the Access to COVID-19 Tools Accelerator this year stands at $26 billion, according to the UN official, saying that if fully funded, it would return up to $166 “for every dollar invested”.

While so-called vaccine nationalism “might serve short-term political goals”, he upheld that it is in every nation’s own medium and long-term economic interest to support "vaccine equity”, reminding that until the pandemic is ended everywhere, it won’t be eradicated anywhere.

“As we speak, rich countries are rolling out vaccines, while the world’s least-developed countries watch and wait”, he said. “Every day that passes, the divide grows larger between the world’s haves and have nots.” — UN News

These were the details of the news WHO chief urges: ‘Take heart and take action’ for this day. We hope that we have succeeded by giving you the full details and information. To follow all our news, you can subscribe to the alerts system or to one of our different systems to provide you with all that is new.