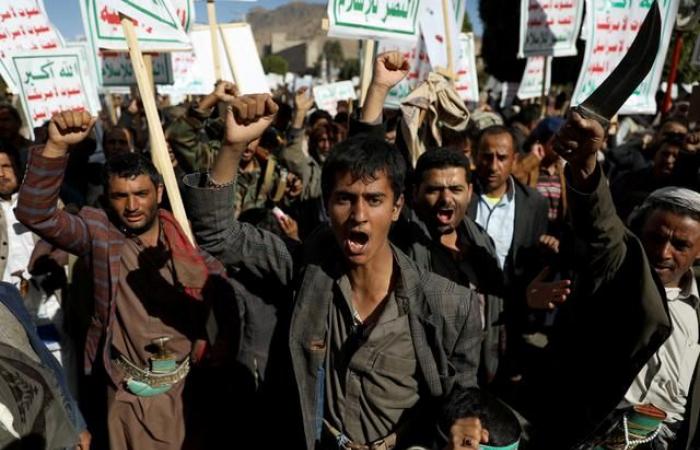 Mohamed Nass - Cairo - DUBAI (Reuters) – Tens of thousands of Yemenis marched in Sanaa on Monday, heeding a call by the Iran-aligned Houthi movement to condemn the United States for labelling it a terrorist group and backing the Saudi-led military coalition that is battling it.

The protesters filled a wide avenue in the Houthi-held capital, many holding banners that read: “America is the mother of terrorism”.

The Trump administration’s designation of the group as a foreign terrorist organization took effect on January 19 but is being reviewed by the new administration of Joe Biden.

U.N. officials and aid agencies have called for the move to be revoked over concerns it could trigger a large-scale famine and complicate efforts to end the war that has killed more than 100,000 people and left 80 percent of the population in need of aid.

“The American (designation) decision … does not only concern one group, but concerns every Yemeni, and thus, its consequences will be felt amongst all Yemenis,” Houthi official Mohammed Haidara, who was among demonstrators, told Reuters.

Northern Yemen is held by the Houthis, who ousted the internationally recognised government from power in Sanaa in late 2014, prompting the Saudi-led coalition to intervene months later.

The United States and other Western nations have provided arms and intelligence to the coalition.

The United States and Saudi Arabia see the Houthi movement as an extension of Iranian influence. The Houthis deny being puppets of Tehran and say they are fighting a corrupt system.

These were the details of the news Yemen’s Houthis protest against Trump’s terrorist label for this day. We hope that we have succeeded by giving you the full details and information. To follow all our news, you can subscribe to the alerts system or to one of our different systems to provide you with all that is new.