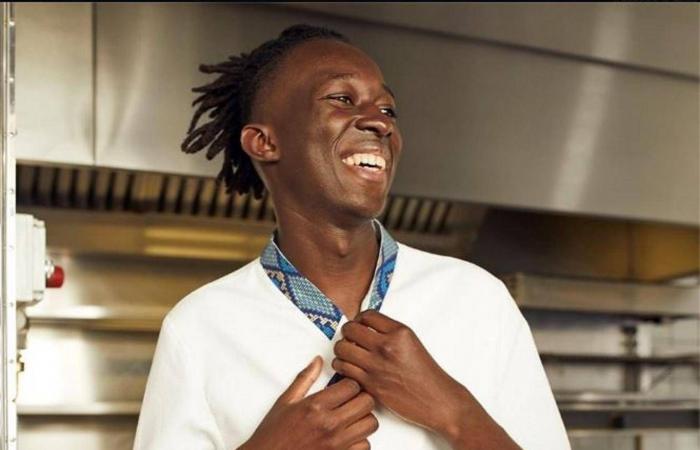 Former Top Chef candidate Mory Sacko has just won his first Michelin star for his new restaurant, the MoSuke. A Parisian establishment in the 14th arrondissement open in September 2020. Its restaurant offers a blend of Senegalese-Malian and Japanese cuisine with a touch of French gastronomy. For the happiness of the taste buds of all customers.

Success despite the pandemic

The ex-candidate of Season 11 of Top Chef surprised the world of gastronomy by choosing to open his restaurant, MoSuke, in the XIV arrondissement of Paris in September 2020.

The coronavirus crisis then resumed in France and the shadow of the second wave and an upcoming confinement hover over the country. Never mind, the young 28-year-old chef takes the plunge and he is rewarded by the very prestigious Michelin Guide.

The Guide thus grants the establishment its first star.

The MoSuke: a plural cuisine

The establishment, set up in the old Cobéa, is a stained white offering the room a great luminosity cleverly enhanced by the light wood furniture.

The name of the restaurant MoSuke, comes from the fusion between the first name of the Japanese chef Yasuka and the first and only African samurai to have existed in Japan. Because this is the originality of the cuisine served by Mory Sacko: the mix of genres. Besides, do not speak of fusion cuisine concerning him, but rather of “plural cuisine”, as the young chef asserts. Thus, he mixes his Senegalese and Malian influences in his dishes with his fascination for the land of the Rising Sun without renouncing French gastronomy to achieve a result of the most mixed.

Mory Sacko is a regular at great gastronomy. He trained as an apprentice with Hans Zahner at the Royal Monceau then worked as a sous chef for four years under the direction of Thierry Marx.

The year 2021 promises to be that of the former Top Chef candidate. La List, a prestigious institution listing the best gastronomic establishments in the world, ranks Mory Sacko among the 5 most promising chefs on the planet. He now also belongs to the classification of “young talents 2020” by Gault and Millau. A great success for this son of a worker passionate about cooking. Today he has only one hurry: to be able to reopen the doors of his establishment.

These were the details of the news Mory Sacko gets his first Michelin star for this day. We hope that we have succeeded by giving you the full details and information. To follow all our news, you can subscribe to the alerts system or to one of our different systems to provide you with all that is new.