The Italian Cup while waiting for the throne: Both Milan want to regain power from Juve 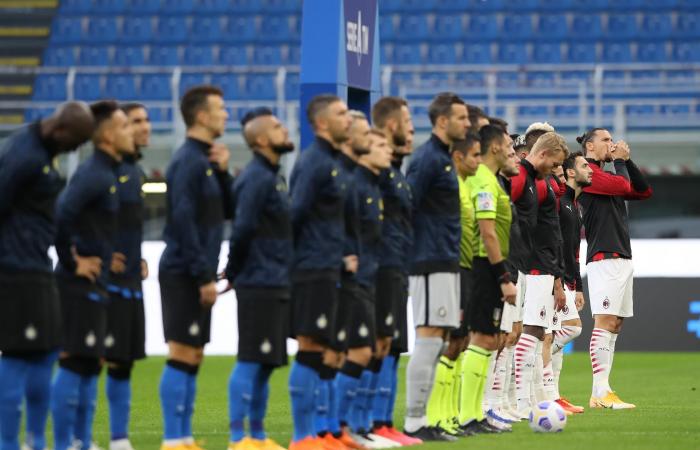 It’s a bit like the remake of the famous “Game of Thrones” series. But this time Italian version.

The casting ? In the role of the queen, no suspense: Juventus Turin. Undisputed for almost a decade now, the “Old Lady” has never ceded her throne despite the turbulence. Then there are those who would like to (re) take him, some in a completely assumed way (Inter Milan) and others preferring to play the card of discretion (AC Milan, Napoli, Lazio, Atalanta, Roma …). But the goal remains the same for everyone: to stop the reign of the queen and steal her crown. For now, still in vain. But what if this time the putsch worked?

For now, one thing is certain: this new season is successful. And halfway through, the suspense is at its height. More than ever, Juve is in danger. Halfway, and even if it has a game less (against Napoli, note), the team of Andrea Pirlo is relegated to seven points of AC Milan, leader of the championship, and five of Inter , named by many as the favorite to win the title this season. To dismiss the Old Lady, the two Lombard clubs will certainly not make an alliance. On the throne, there is indeed only one place. But in their fight, each unconsciously pushes the other to surpass themselves. As a result, the pace is sometimes hellish.

19th j. – Tale: “Seven teams will compete for the title until the end of the season”

Milan 1st, Inter 2nd, Juve 5th: this is a situation that La Botte probably did not expect after 19 days. Even if, in the end, no team is really left behind. Gattuso’s Napoli is 6th (one game less), Roma (3rd) is going through a mini-crisis but remains on the lookout, Atalanta (4th) is an outsider and Lazio (7th) is starting to catch up his delay. Results of the races: seven teams in nine points, a first for ten years. But seeing the two Milanese teams up there has a certain effect. And regardless of the outcome of this fight. It was a habit that Calcio had lost for a long (too?) Long time.

For observers, Inter therefore remains favorite for accession to the throne. First of all for a reason that the Nerazzurri have nothing to brag about: they finished 4th in their Champions League group and therefore no longer have any European competition to play. Result, here they are with only the championship and the Italian Cup to play. While his rivals will be exhausted in the middle of the week on the European scene (C1 or C3), Romelu Lukaku and his teammates will be watching their TV. They probably would have preferred it otherwise. But from the perspective of the championship, it’s an advantage.

Then there is him, Antonio Conte. Coach Nerazzurro is certainly the one who most desires this title of champion of Italy. Already to expand its track record, obviously. Then (and above all) to stop what he himself launched in 2011: the winning cycle of Juve. A sort of personal revenge that he dreams of since his hasty departure in the summer of 2014 and misunderstandings with President Andrea Agnelli. Inter, who made Conte the highest paid coach in the Italian league with a net salary of 12 million euros, expect no less. On January 17, the ex-technician of Juve also managed to beat his former club (2-0) for the first time in his coaching career. A good start in his quest.

For her to be triumphant, Conte does not intend to change her method.

The concept is rather simple: he and his players are on a “commando mission”, enemies are everywhere (press, referees …) and each match is a battle to be won. At Inter, tranquility is rarely seen. Facing Udinese (0-0) on Saturday, the former Chelsea coach also lost his nerves again at the end of the game, being excluded by referee Maresca for a disagreement on the duration of additional time . Before putting a layer on the way to the locker room. “He’s a war leader“, summed up very well the great pen of Italian journalism Paolo Condo last week.

In the other part of Milan, the red and black one, Stefano Pioli is poles apart from his nerazzurro counterpart.

The coach of AC Milan is not really the type to drop “shattering” sentences at a press conference. Neither against his opponents, nor against the referees. “He is a leader of peace“, contrasted Paolo Condo in his comparison with Inter.

The one who is sometimes nicknamed” the Normal One “, deeply marked by the tragic death of his captain Davide Astori during his time on the bench of Fiorentina, was initially only ” ensure the interim last season.But supported by his entire locker room and the Maldini-Massara duo, he managed to secure his confirmation from the managing director Ivan Gazidis, initially more favorable to launching the Ralf Rangnick project but finally convinced by the services and the post-containment results.

13 wins, 4 draws and 2 losses: Milan are traveling at an average of more than two points / game this season.

The Lombard club, which won the honorary title of winter champion, has 43 points after the first leg, better than the last time it was crowned (40 points in 2010-2011). After years of hardship, he is back in the top ranks again.

The top 4 to know again the great European evenings of the Champions League. But today, the Rossoneri dream of a scudetto that was still unthinkable a year ago. They are also the last to have won before the hegemony of the Old Lady begins.

Juve has not said its last word

In Milan, the group “lives well” as the other would say. Each new recruit must be validated by the locker room. “Balance is very important, recently explained Paolo Maldini. It is normal that we consult the players. Technical qualities are obviously important, but human qualities too. We don’t want to spoil what the locker room has created. “

The almost forty-something has changed the life of the Lombard club since his arrival in January 2019. With his character, his mentality, his leadership and his goals. Without him, Milan probably wouldn’t be where it is today.

The start of the Milanese fall had started when he left (and that of Thiago Silva) for PSG in the summer of 2012. It seems to have ended since his return. As if the circle had decided to come full circle. “We meet on Tuesday in the Italian Cup“Conte told him on Saturday jokingly on Sky Italia. Since his comeback, Zlatan has scored three goals against Inter: one last season (4-2 loss) and two last October ( 2-1 victory) A derby in the derby for him, spent from 2006 to 2009 on the side of the Beneamata.

Ibrahimovic, the king of the derby

After this Cup derby, there will only be one left in the league within a month. Relegated to two points, Inter have been dreaming of overtaking Milan for several weeks. In vain. So every weekend, one watches the other’s result out of the corner of his eye. Hoping to receive the good news of a misstep. Last Saturday, the two best enemies committed one at the same time: a stinging defeat (0-3) for Milan against Atalanta, a disappointing draw for Inter in Udine (0-0).

The big winner? Juve, of course, easy against Bologna the next day (2-0). Until proven otherwise, she is still the queen. And she hasn’t said her last word.

Mandzukic at AC Milan until next June

A double, and Ibrahimovic hoists Milan a little higher

These were the details of the news The Italian Cup while waiting for the throne: Both Milan want to regain power from Juve for this day. We hope that we have succeeded by giving you the full details and information. To follow all our news, you can subscribe to the alerts system or to one of our different systems to provide you with all that is new.