City for the head, Chelsea without Lampard, Liverpool to bounce back 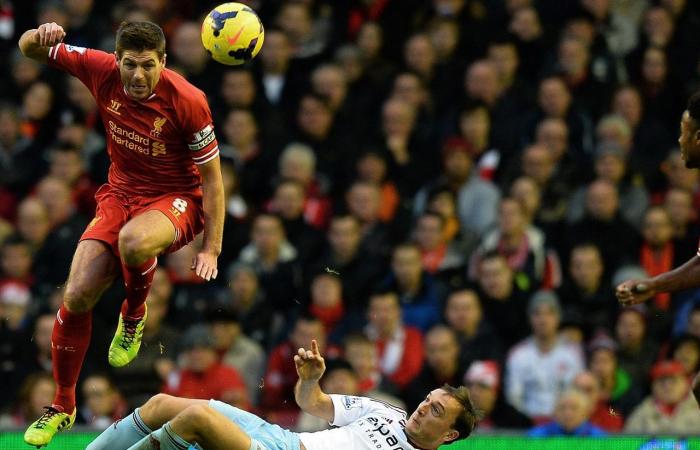 Manchester City can temporarily seize the lead of the Premier League if they win Tuesday at West Bromwich Albion, at the start of the 20th day, already capital for Chelsea who has just thanked Frank Lampard on Monday, and Liverpool in search of rebound in Tottenham Thursday closing.

The two Manchester clubs, in the first two places in the standings, are opposed to the last two.
City, second two lengths behind United but with one game less, go to 19th West Bromwich Albion on Tuesday and the Red Devils receive the Sheffield United red lantern on Wednesday.

The task promises to be more difficult for the 3rd member of the leading trio, Leicester, who has as City two lengths behind United, since the Foxes move Wednesday on the lawn of Everton (6th). But Brendan Rodgers’ men are particularly comfortable away from their bases: they have taken 22 of 27 away points this season.
Exceptionally, it is a game in the middle of the table which should however catch the glances Wednesday, that between the 9th, Chelsea, to the 14th, Wolverhampton. It will be the first for the Blues without their icon Lampard, whose first experience as a coach lasted only a year and a half.
Ninth in the 11-point ManU standings, the Londoners must quickly rectify the situation, otherwise Europe will be abandoned.
Another team left behind by the leader, Liverpool must imperatively end their bad series in the league (5 games without a win) during their trip to Tottenham (5th) on Thursday.
Mute offensively during the last three days of the championship, Liverpool has demoted to 4th place, six lengths from the lead and four from the podium.
But at the Tottenham Hotspurs Stadium, it is even his place in the top 4, qualifying for the Champions League, that the defending champion will come to defend, because the Londoners are only one point behind them.
In the first leg on December 16, Liverpool had to wait for a last-minute goal from Roberto Firmino to get the better of Spurs (2-1) and three points ahead at the top of the standings.
This match already contained all of Liverpool’s offensive difficulties against a low block and its defensive fragility against blocks, Tottenham having come close to the feat.
Liverpool’s place in the top 4 is all the less solid as it is also threatened by Everton and West Ham who will also open the ball on Tuesday with a trip to Crystal Palace.
With a very favorable goal difference over these two pursuers, Liverpool would keep their 4th place in the event of a draw, but it will be important to confirm the small progress seen in the FA Cup on Sunday, despite the elimination in the round of 16 against Manchester United (3-2).

These were the details of the news City for the head, Chelsea without Lampard, Liverpool to bounce back for this day. We hope that we have succeeded by giving you the full details and information. To follow all our news, you can subscribe to the alerts system or to one of our different systems to provide you with all that is new.