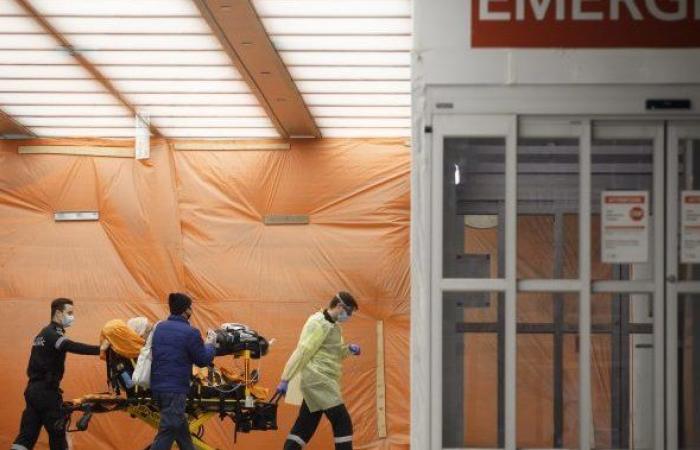 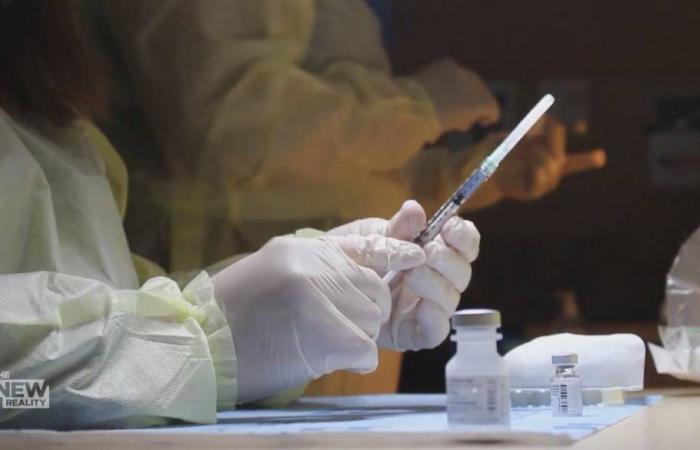 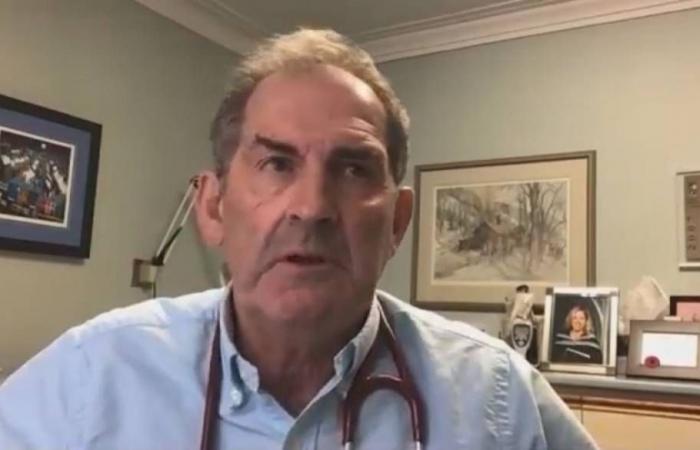 TORONTO – Dr. Jamie Spiegelman initially refused the COVID-19 vaccine.
As an intensive care physician at Humber River Hospital in northwest Toronto, one of the worst areas of the country devastated by COVID, he meets the definition of a frontline worker.

But he thought there were others, from nurses to respiratory therapists, who needed them first. Additionally, he says, he likely contracted the new coronavirus in the first wave, among the 50% of the population who have no symptoms.

One day last month, the CEO of the hospital called to tell him that there were leftovers from the clinic that day that would be wasted if not used.

Coronavirus: latest developments in the Greater Toronto Area on January 24

So he gave in.

Thinking back to last year, Spiegelman feels like he needed the training of his life to fight COVID-19.

He has treated around 150 patients with COVID-19 in the intensive care unit. About half of them died.

“This illness really reinforced in my mind that the training I took, the reason I entered medicine, really paid off at this point because of this illness,” he said over the phone to La. Canadian Press.

The hospital’s ICU has been full for months, to the point where they have created an additional room with six beds to treat non-COVID patients. The hospital regularly transfers patients to make room for others, sending them as far as Kingston, Ont.

Spiegelman has seen healthy patients in their 30s and 40s succumb to the disease.

“Some young people died no matter what we did for them,” he says. “Unfortunately, it’s a disease that we don’t fully understand and some patients just break down.”

[ Sign up for our Health IQ newsletter for the latest coronavirus updates ]
“You have to look at the positives and we will survive there as a society,” he says.

Kissing his wife and three kids after a tough day helps. And he always tries to laugh.

“Obviously we have job security, that’s another thing we got out of it,” he says. “No one is going to kick us out.”

He has learned a lot about the disease over the past year and the damage it causes to many parts of the human body other than the lungs – mainly due to cardiac arrest and encephalitis.

Failed kidneys are a worrying sign that a patient is going to die, he says, and when a patient needs kidney dialysis, mortality skyrockets. 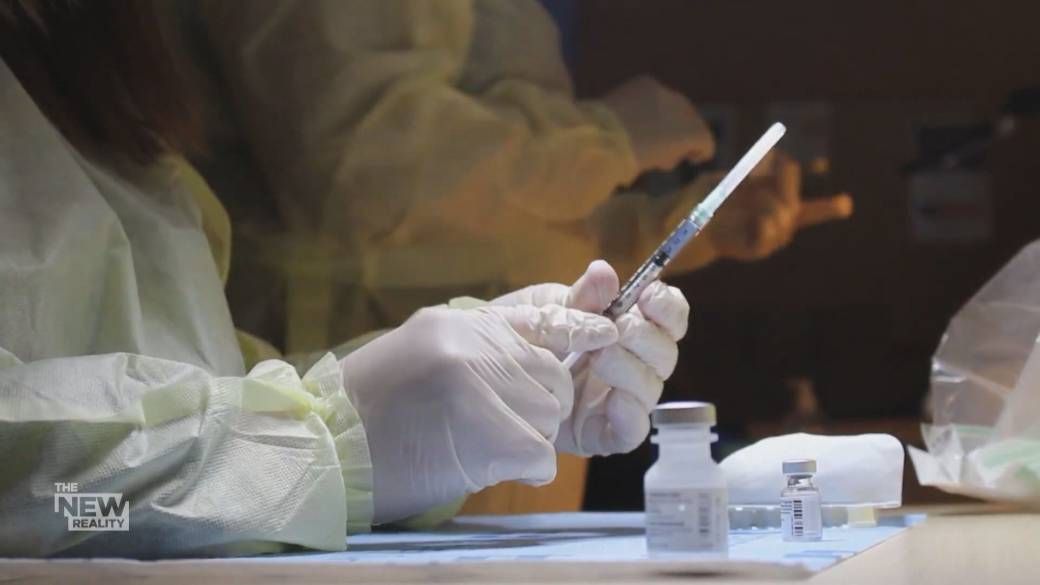 9:41
What caused the delays in reaching residents of Ontario’s long-term care homes with a COVID-19 vaccine?

What caused the delays in reaching residents of Ontario’s long-term care homes with a COVID-19 vaccine?

Spiegelman says he always tells people that COVID-19 is like the movie “Avengers: Endgame,” where some superheroes die and others survive.

According to his own experience in the ICU and hospital data, about half of the people with COVID-19 tested in Humber River are doing well and having no symptoms. About 35% have influenza illness that does not require hospitalization.

According to him, about 12% of patients with COVID-19 are hospitalized, but do not need intensive care.

Her job is to help the three percent who are seriously ill.

“You don’t want to fall into that three percent category,” says Spiegelman.

They’ve seen some trends, but it’s unclear if it’s causal or correlative at this point. But he has noticed that obese young people do less well with the disease and he has also seen patients with diabetes, high blood pressure, heart disease, kidney disease and asthma in intensive care. 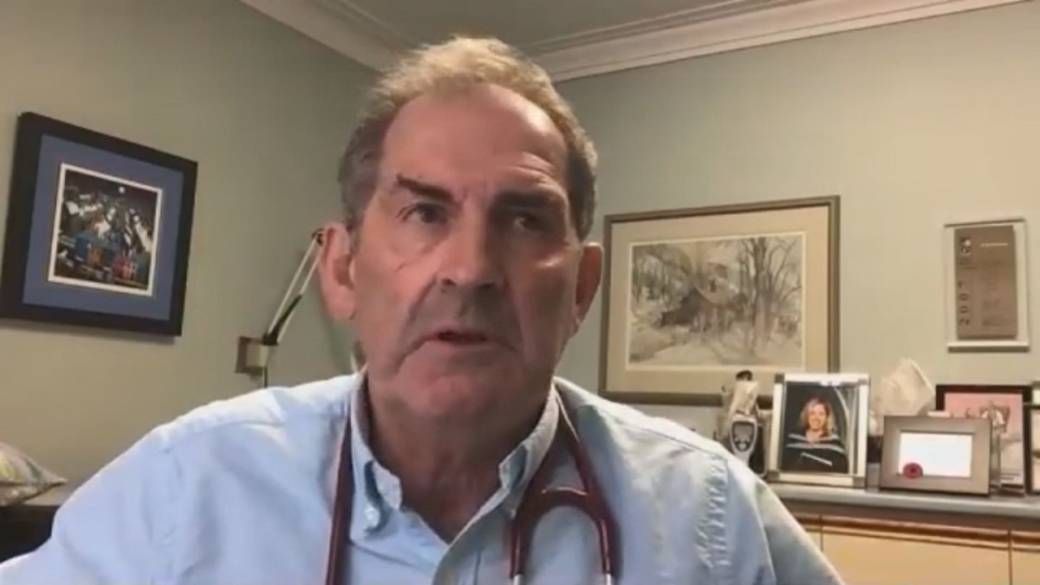 3:04
Experts and stakeholders provide insight into early deployment of COVID-19 vaccine in Ontario

Pregnant women are also at higher risk, according to the literature, but Spiegelman says they have yet to see a single pregnant woman with COVID-19 in the intensive care unit at Humber River.

He also believes there is a genetic component at play that somehow contributes to the severity of the disease.

There have been several cases where several family members have fallen seriously ill with COVID-19 while other family members of a different ethnicity have not been so ill, he says.

“What we learned with the first and second waves is that all of these patients are so sick, their lungs are so damaged by COVID-19, that they are very, very difficult to manage from a standpoint. oxygen, ”he said.

They have found some success.

They give everyone steroids, which reduced mortality by about 25%, he says.

Pure oxygen also helps about a quarter of the patients in the intensive care unit. The remaining 75% of the unit is fitted with fans, he says.

At this point, things can quickly go wrong.

They learned to act faster, to intubate faster, he says.

Looking to the future, he believes COVID-19 will not go away.

“I think it’s going to be a lot like the flu eventually, an annual thing,” he says. “It’s just going to be part of what we have to deal with, I think, in the future.

These were the details of the news “You don’t want to fall into that 3% category,” says Toronto... for this day. We hope that we have succeeded by giving you the full details and information. To follow all our news, you can subscribe to the alerts system or to one of our different systems to provide you with all that is new.