Biden and Macron vow to strengthen ties, and tackle common challenges together 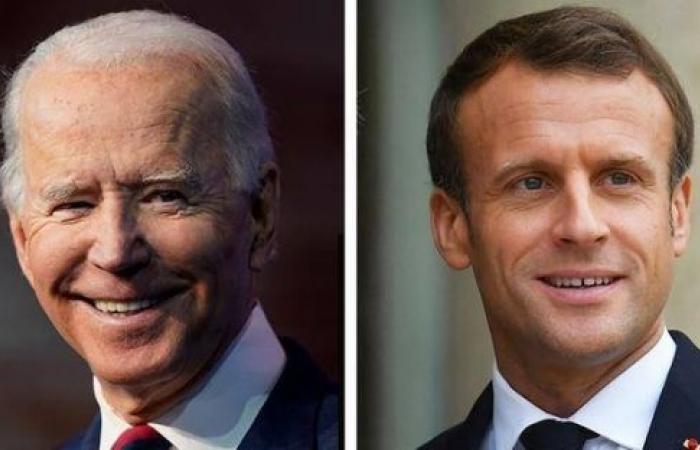 We show you our most important and recent visitors news details Biden and Macron vow to strengthen ties, and tackle common challenges together  in the following article

On Sunday evening the two leaders had their first conversation since Biden's Jan. 20 inauguration.

A readout of the call from the White House said the new American president expressed "the desire to strengthen bilateral ties with our oldest ally" and "his commitment to bolstering the transatlantic relationship", including through NATO and the European Union.

Macron said in a statement that "the two presidents had a friendly and in-depth working conversation during which they noted a great convergence of views on multilateral issues as well as on the subject of crisis and international security."

Relations between Washington and the Old Continent were strained under the Trump administration which berated European allies for not spending enough on defense and pulled out of various international treaties and institutions including the Paris Agreement for climate, the Iran nuclear deal, and the World Health Organization (WHO).

Biden reversed some of these decisions within hours in office, recommitting the US to the Paris Agreement and WHO.

The White House said Biden and Macron "agreed on the need for close cooperation" to tackle common challenges including "climate change, COVID-19, and the global economic recovery" while the Elysée presidential palace also emphasized that they expressed "their willingness to act together for peace and stability in the Middle East, in particular on the Iranian nuclear issue and the situation in Lebanon."

They also agreed to work together on "shared foreign policy priorities" including China and Russia, the White House said.

These were the details of the news Biden and Macron vow to strengthen ties,
and tackle common challenges together  for this day. We hope that we have succeeded by giving you the full details and information. To follow all our news, you can subscribe to the alerts system or to one of our different systems to provide you with all that is new.