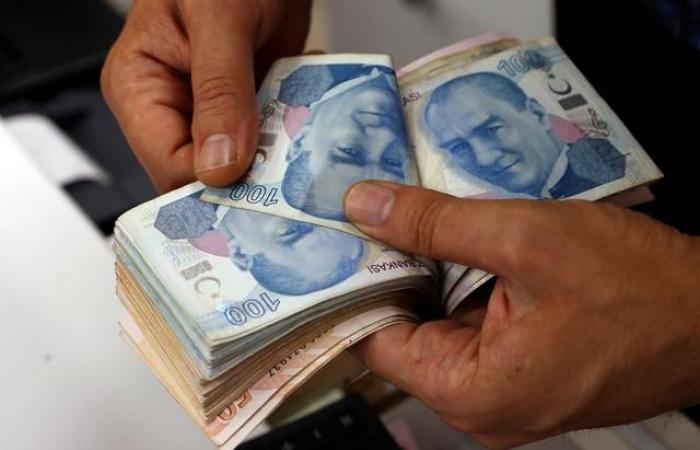 You are now following the details of the Analysis: Foreigners suspend disbelief, edge back into Turkish markets news and now we leave you with the details

Interviews with more than a dozen foreign money managers and Turkish bankers say those inflows could double by mid-year, especially if larger investment funds take longer-term positions, following on the heels of fleet-footed hedge funds.

“We have added to our exposure and we plan to keep it that way as long as we continue to see the orthodox steps.”

Turkey’s asset valuations and real rates are among the most attractive globally. It is also lifted by a wave of optimism over coronavirus vaccines and economic rebound that pushed EM inflows to their highest level since 2013 in the fourth quarter, according to the Institute of International Finance.

But for Turkey, once a darling among EM investors, market skepticism runs deep.

The lira has shed half its value since a currency crisis in mid-2018 set off a series of economic policies that shunned foreign investment, badly depleted the country’s FX reserves and eroded the central bank’s independence.

The currency touched a record low in early November a day before Nagi Agbal took the bank’s reins. The question is whether he can keep his job and patiently battle against near 15 percent inflation despite Erdogan’s repeated criticism of high rates.

Agbal has already hiked interest rates to 17 percent from 10.25 percent and promised even tighter policy if needed.

After all but abandoning Turkish assets in recent years, some foreign investors are giving the hawkish monetary stance and other recent regulatory tweaks the benefit of the doubt.

Foreign bond ownership has rebounded in recent months above five percent, from 3.5 percent, though it is well off the 20 percent of four years ago and remains one of the smallest foreign footprints of any EM.

Six Turkish bankers told Reuters they expect foreigners to hold 10 percent of the debt by mid-year on between $7 to 15 billion of inflows. Deutsche Bank sees about $10 billion arriving.

Some long-term investors “are cozying up to the idea of being long Turkey but it’s a long process,” said one banker, requesting anonymity.

Paris-based Carmignac, which manages $45 billion in assets, may take the plunge after a year away.

“There could be some value in Turkish assets and we have started to look with a little bit more interest especially with the very high rates,” said Joseph Mouawad, emerging debt fund manager at the firm.

“It is still a hairy market to invest in but for sure, relative to what has been happening in the last 18 months, things have dramatically shifted and … that has a lot to do with the people running the economic policy,” he said.

He oversaw a policy of lira interventions that cut the central bank’s net FX reserves by two thirds in a year, leaving Turkey desperate for foreign funding and teeing up Erdogan’s policy reversal.

In another bullish signal, Agbal’s monetary tightening has lifted Turkey’s real rate from deep in negative territory to 2.4 percent, compared to an EM average of 0.5 percent.

But a day after the central bank promised high rates for an “extended period,” Erdogan told a forum on Friday he is “absolutely against” them.

The president fired the last two bank chiefs over policy disagreement and often repeats the unorthodox view that high rates cause inflation.

“Investors didn’t expect the leopard to have changed his spots and he hasn’t. I suspect people will be feeling Erdogan’s influence by mid-2021” when rates will be cut too soon, said Charles Robertson, London-based global chief economist at Renaissance Capital.

Turks are among the most skeptical of Erdogan’s economic reform promises. Stung by years of double-digit food inflation, eroded wealth and a boom-bust economy, they have bought up a record $235 billion in hard currencies.

Many investors say only a reversal in this dollarization will rehabilitate the reputation of Turkey, whose weight has dipped to below one percent in the popular MSCI EM index.

“Turkey can’t be a long-term investment for portfolio investors because they will expect the rinse-and-repeat process … that we’ve seen so many times in the last 15 to 20 years,” Renaissance’s Robertson said.

These were the details of the news Analysis: Foreigners suspend disbelief, edge back into Turkish markets for this day. We hope that we have succeeded by giving you the full details and information. To follow all our news, you can subscribe to the alerts system or to one of our different systems to provide you with all that is new.