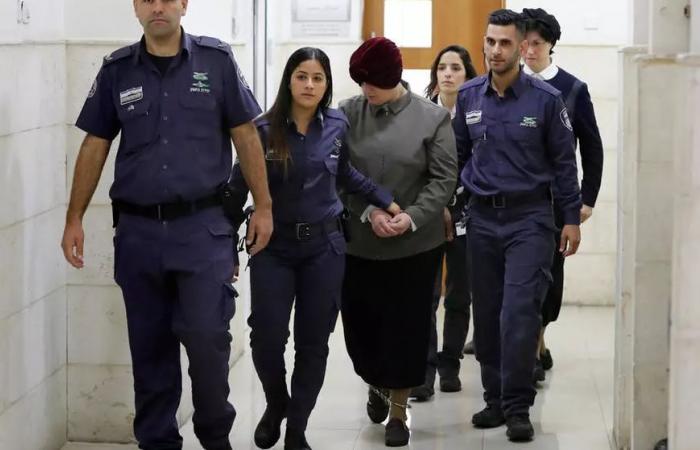 Hello and welcome to the details of Israel deports child sex abuse suspect to Australia, says ministry and now with the details

“We confirm the deportation,” it said in a WhatsApp message, giving no further details.

Israeli media said she left on an early-morning flight to Australia, hours before Israel’s Ben Gurion airport was to close down as part of Covid-19 precautions.

The Jerusalem Post said she was “travelling to Australia via Frankfurt, and will arrive in Australia later today”.

Leifer, an Israeli, is accused of child sex abuse while she worked as a teacher and principal at an ultra-Orthodox school in Melbourne.

According to Australian media, she faces 74 counts of child sex abuse against girls.

After allegations against her surfaced in Australia in 2008, Leifer and her family left for Israel and moved to the Emmanuel settlement in the occupied West Bank.

In December, the Israeli Supreme Court rejected her lawyers’ final appeal against extradition in a strongly-worded judgement.

“More than six years have passed since a request was filed in the Jerusalem district court to declare the appellant extradited to Australia,” it wrote.

Since then, it said, “there is no proceeding that the appellant has not taken” to prevent her extradition, including on grounds of mental illness.

“That Leifer was allowed to escape justice for so long was a travesty”, he said.

“While it’s a relief that Israel’s justice system has finally prevailed, the time and process that resulted in these delays are completely unacceptable.”

A previous extradition attempt between 2014 and 2016 failed after Leifer was admitted to mental institutions and expert opinions found she was not fit to stand trial.

But undercover private investigators later filmed Leifer shopping and depositing a cheque at a bank, apparently living a normal life.

This prompted Israeli authorities to launch a probe into whether she was faking mental illness to avoid extradition, leading to her re-arrest in February 2018.

Last May, Jerusalem district court justice Chana Lomp ruled that while Leifer had “mental problems”, they were “not psychotic problems of mental illness as in its legal definition” and she was fit to stand trial.

The legal wrangling caused some tensions between allies Israel and Australia, with Leifer’s extradition being a central issue raised with Israeli President Reuven Rivlin during a visit to Australia last February. — AFP

These were the details of the news Israel deports child sex abuse suspect to Australia, says ministry for this day. We hope that we have succeeded by giving you the full details and information. To follow all our news, you can subscribe to the alerts system or to one of our different systems to provide you with all that is new.