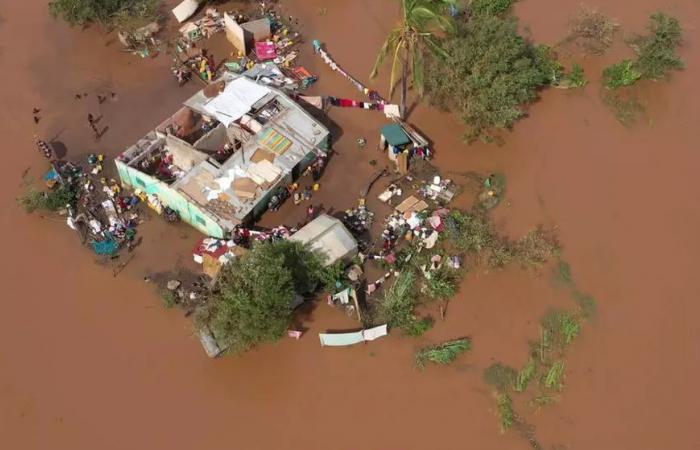 MAPUTO, Jan 25 — A tropical cyclone that hit central Mozambique this weekend has displaced thousands of people and caused severe flooding in an area battered by two deadly cyclones in 2019, response teams and aid agencies said.

Cyclone Eloise made landfall in the early hours of Saturday, bringing high-speed winds followed by torrential rain over the port city of Beira, capital of Mozambique’s Sofala province, and the adjacent Buzi district.

Almost 7,000 people have been displaced and over 5,000 houses destroyed or damaged in the area, the UN’s Office for the Coordination of Humanitarian Affairs (OCHA) said today, citing preliminary government figures.

“So many places are flooded already and it’s getting worse,” said Unicef Mozambique spokesman Daniel Timme, speaking to AFP from Beira.

“Rivers are collecting water and bringing it back to the Buzi River basin” south of Beira, he said.

Timme said the cyclone had disproportionately affected the city’s poorer neighbourhoods, where homes made of tarpaulin and corrugated iron were swept up by winds.

Hundreds have taken refuge in a school and were in urgent need of food, medicine and proper shelter, he added.

Eloise hit an area devastated by two successive super-storms in March and April 2019.

The first, Cyclone Idai, left more than 1,000 dead and caused damage estimated at around US$2 billion.

Timme said aid workers were scrambling to provide safe drinking water and avoid cholera, which broke out in temporary shelters across Beira around two weeks after Idai hit.

Unicef, the United Nations’ children’s agency, estimates that 176,000 people have been “severely affected” by Eloise, half of which are children.

Beira Mayor Daviz Simango said one of the victims was a two-year-old girl “whose house collapsed” while her parents were out.

“We call on people to observe the principle of resilience and better reconstruction,” Simango told reporters yesterday.

Around 142,000 hectares (350,000 acres) of farmland have been swamped, according to preliminary Unicef figures, as well as 26 health centres and 76 classrooms.

Eloise has weakened into an overland depression since its Mozambique landfall and moved south towards South Africa.

Heavy rainfall has caused flooding in the country’s northern Limpopo and Mpumalanga provinces, as well as in neighbouring Zimbabwe. — AFP

These were the details of the news Cyclone Eloise leaves hundreds homeless in Mozambique for this day. We hope that we have succeeded by giving you the full details and information. To follow all our news, you can subscribe to the alerts system or to one of our different systems to provide you with all that is new.