pandemic, ‘inequality virus’ and Chinese rebound on the menu 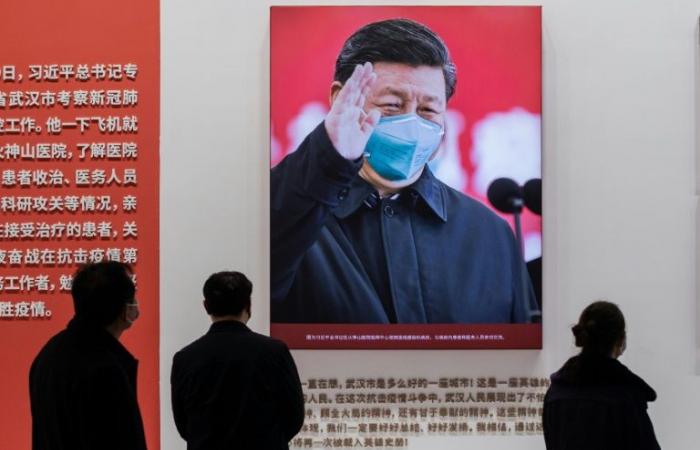 The World Economic Forum, which this year abandons the snows of Davos in favor of a completely virtual format, opens Monday with the speech of Chinese President Xi Jinping, whose country seems to have turned the page on the coronavirus, on the economic front at least.

Later today, ECB President Christine Lagarde will debate, alongside French Minister of the Economy Bruno Le Maire, his German counterpart Peter Altmaier and the CEO of Goldman Sachs, how to “restore economic growth “.

With the control of a pandemic that continues to kill all over the world, this is the key question for officials, business leaders and scientists participating in this week of virtual round tables.

The optimism that prevailed in November when vaccines became a reality is no longer in place at the start of the year, marked by the imposition of new restrictions and the progression of variants of the coronavirus.

During the 2020 edition of the WEF, the appearance in China of a mysterious pneumonia – which was not yet a pandemic – still raised only a vague concern.

The economic elite gathered in the wealthy alpine resort was more interested in the passes of arms between Donald Trump and Greta Thunberg than in the confinement decreed in Wuhan.

A year later, when the Republican billionaire has reluctantly left the White House, the Asian continent returns to the front of the stage for this 51st edition, on the theme: “A crucial year to rebuild confidence”.

The new Biden administration, which has undertaken to reconnect with multilateralism, sends immunologist Anthony Fauci, adviser to the presidency on the pandemic. As well as John Kerry, the special envoy for the climate, who will certainly be welcomed after the decision of the new Democratic president to bring the United States back to the Paris agreement.

Asia will be represented by the Chinese and South Korean presidents, and the Indian and Japanese prime ministers.

As a symbol, after this first virtual session, “Davos” will be transported in May to Singapore, far from the Swiss ski resort where this symposium, created in 1971 by the German professor Klaus Schwab, usually takes place.

The reason given is “health security”, the city-state, which had to deplore only 29 deaths, being considered safer than Geneva, a time evoked as a fallback solution.

This particular focus on Asia by the organizers of the World Economic Forum echoes the result of a recent study by credit insurer Euler Hermès showing that, thanks to the epidemic, Chinese GDP should equal GDP. American by 2030, two years earlier than anticipated before the crisis.

The only large economy to have achieved growth in 2020, of 2.3%, China also gained market share: its surplus vis-à-vis the United States increased by 7% in 2020, signing the failed trade war led by Donald Trump.

Another big topic debated this week will be that of the rise of inequalities and the risk that this poses to the cohesion of societies – and this while the name of Davos symbolizes, for its critics, the omnipotence of money and the excesses of ultra-liberalism.

Oxfam called for taxing the richest to fight “the virus of inequality”, according to the title of its annual report published on Monday, and which each year is a reminder for participants of the World Economic Forum.

As millions of people have plunged into poverty, billionaires have seen their fortunes increase by $ 3.9 trillion between March 18 and December 31, 2020, the NGO calculated.

These were the details of the news pandemic, ‘inequality virus’ and Chinese rebound on the menu for this day. We hope that we have succeeded by giving you the full details and information. To follow all our news, you can subscribe to the alerts system or to one of our different systems to provide you with all that is new.

PREV One dead, a dozen injured in Austria train accident
NEXT 25 persons emerge from shell-pounded steel complex in Mariupol