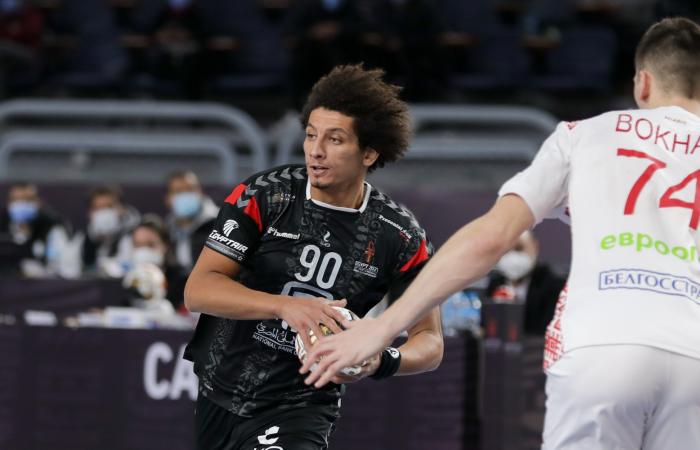 That’s done ! After this third and final day for main groups III and IV, we have a little clearer ideas for the quarter-finals. If the blues have dominated Portugal, it is Norway who is happy, winning a ticket for the quarterfinals.

Currently the second top scorer in the competition, Andy Schmid (9/15) led Switzerland to yet another victory, this time against theAlgeria ! She who had given so much trouble to the French has not managed to take the advantage since the 8th minute (5-4). Portner is good in his goals (14/37, 38%), Schmid makes Schmid, Switzerland manages to maintain a short advantage throughout the game. Switzerland therefore ends its competition with a victory, in addition to that acquired against Iceland (24-27). Ayoub Abdi was once again his team’s top scorer, with 6 goals.

Could it be bad luck? TheIceland lost all of their games in the main round, and with the same two-goal gap. Often lacking in details in key moments, or a small detail that can rock the meeting, the Icelanders were nevertheless tied against the ogre Norwegian (18-18 MT) at the end of the first period. If it’s a little Sagosen (8/11) and the others during this World Cup, the Kiel player was once again crucial in the second period in attack. His teammates took advantage of it, and with two goals away, Norway won (33-35) and went to the quarterfinals, thanks to the blue winners of Portugal.

Not the same fate for the two replacement nations! If Switzerland has (very) well figured despite the circumstances, the band Kiril Lazarov (7/11) did not have the same route. In front of the Belarus, the Macedonians of North delivered a copy yet correct in the first period (14-14). If Kiril is in good shape, his direct opponent is also in the second period, with 7 goals for Kulesh. Macedonia lost the match in the middle of the second, with a very bad streak allowing the Belarusians to widen the gap (24-20, 47 ′). Ivan Maroz is good in his cages on long shots, and helps to keep the gap, then win (30-26).

Superb operation on the side of the host nation. Indeed, although dominated for 45 minutes, theEgypt drew on its resources to get a draw with the appearance of victory (25-25). With a big defense and Earnings in the lead, the Slovenians will impose their pace in the first period (12-8).

The keeper of HC Erlangen Klemen Ferlin is stratospheric (18/37, 49%), but the Egyptians are back in the game perfectly in the second half. Accusing a delay of 4 goals at the break, they will recover and finally take the advantage during the moneytime (23-25, 58 ′). It is however poorly managed, and the Slovenes equalize at the end of the match. However, the draw is sufficient for the Egyptians who leave to face the Denmark in the quarterfinals. Year and Janc both shone, with 7 goals each.

The Sweden made fewer details against the Federation of Handball Russian. Le duo Pellas – Tub works wonders (14/14 between them!) while Palicka watch over grain in its cage (14/28, 50%). Russian attack is not very inspired, while Sweden blocks the road to the boss of the Russian attack Sergei Kosorotov, well muzzled today (0/6). There was no photo during the match, the Scandinavians win (20-34). They fly to the quarterfinals and are expected to face the Croatia, l’Argentine where the Qatar.

These were the details of the news World Cup 2021 | Sweden, Norway and Egypt in quarters! for this day. We hope that we have succeeded by giving you the full details and information. To follow all our news, you can subscribe to the alerts system or to one of our different systems to provide you with all that is new.