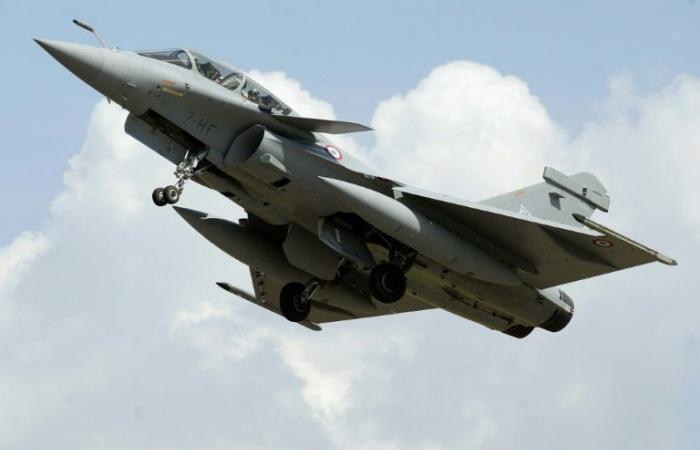 Greece is due to conclude Monday the purchase of 18 Rafale fighter jets from France, to strengthen its defense and its partnership with Paris in the face of increased tensions with neighboring Turkey.

French Minister of the Armed Forces Florence Parly is expected in Athens to sign a contract which “sends a clear message in several directions”, according to her counterpart Nikos Panagiotopoulos. In the first place in Ankara.

This contract, worth around 2.5 billion euros, covers 12 used aircraft and 6 new aircraft.

This acquisition was discussed in record time between the two governments.

The decision to negotiate was taken in September by Greek Prime Minister Kyriakos Mitsotakis in reaction to Turkey’s gas explorations and show of force in disputed waters with Greece and Cyprus.

Turkish actions “illegal and aggressive” according to the leaders of the European Union which paved the way for sanctions against Ankara.

Six of the Rafales are purchased new from the manufacturer Dassault Aviation and must be delivered from 2022.

But Athens wishing to have without delay planes intended to ensure air superiority in the Aegean Sea, 12 were bought second-hand in Paris, which will take them from the inventory of the French Air Force.

To replace the 12 aircraft sold to Greece, the French Ministry of the Armed Forces will acquire 12 new aircraft. All the proceeds of the sale, “of the order of 400 million euros”, will be used to partly finance the purchase, according to the minister’s office.

For France, the Greek contract represents the first sale of the Rafale in Europe, to which Paris is seeking to direct its arms exports and encourage cooperation.

And while France sorely needs dynamic exports to maintain the viability of its industry and its defense strategy, this sale also gives visibility for an additional 18 months to Dassault Aviation and its 500 subcontractors, including many are weakened by the crisis in the aviation sector.

“This Rafale contract crowns the strengthening of a relationship over the last two to three years. Greece is a country with which we exchange more and more on strategic issues”, summarizes the firm of Florence Parly, by evoking a “de facto strategic partnership already implemented”.

In recent months, France has demonstrably sided with Athens and has sent Rafale and warships during the summer to face the deployment of Turkish military and prospecting vessels in an area claimed by Greece.

Turkey “does not hesitate to impose the balance of power (…) sometimes in defiance of its membership of the Alliance (Atlantic, editor’s note) or of international law”, judges Paris in its strategic defense review updated at the beginning of January.

In response to tensions with Turkey, Greece has announced its intention to increase its military capabilities in 2021 despite a recession of more than 10% in 2020 as a result of the pandemic and as the country recovers from a decade of debt crisis.

In addition to the acquisition of the Rafale, Athens plans to buy frigates, helicopters and drones, modernize its fleet of F-16 aircraft and recruit 15,000 additional soldiers. Greece has also announced that it is extending the length of military service to 12 months, from nine currently.

Athens and Ankara, however, agreed to resume talks in Istanbul on Monday over their differences.

These were the details of the news Faced with Turkey, Greece buys 18 Rafale from France for this day. We hope that we have succeeded by giving you the full details and information. To follow all our news, you can subscribe to the alerts system or to one of our different systems to provide you with all that is new.