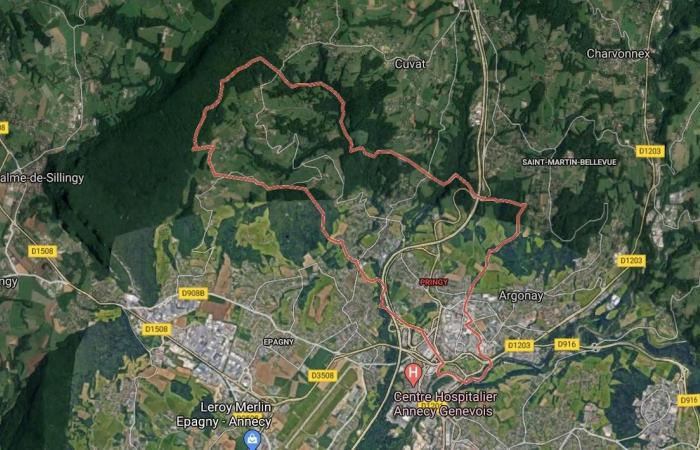 The 64-year-old victim was killed by gunfire, while his 60-year-old wife was injured by ax blows.

A man suspected of having killed the father of his companion and injured her mother near Annecy on Saturday evening is in police custody and an investigation has been opened for murder, the prosecution said on Sunday.

This young woman contacted the gendarmerie around 11:00 p.m. Saturday to ask for help, saying that her companion had killed her father in Pringy, near Annecy, Annecy public prosecutor Véronique Denizot told AFP.

The gendarmes have deployed an important device to help this woman” because the place where the tragedy took place is “an isolated cul-de-sac”, she said, referring to the recent case of Ambert (Puy-de-Dôme) where three gendarmes were killed while trying to save a woman victim of domestic violence.

The young woman managed to escape and the gendarmes managed to arrest the man, aged 18, who was taken into custody around 1 a.m.

On the spot, they discovered the lifeless body of the father of the young woman, aged 64, “died following one or more shots, and bearing other traces of violence,” said the prosecutor, describing “A scene of great violence”.

An autopsy must be performed Monday or Tuesday in Grenoble to determine the exact causes of death.

Her 60-year-old mother bore traces of “very serious injuries”, including “blows with an ax”. She was taken to hospital but “her prognosis is not committed”, according to the prosecutor.

Both were prescribed a five-day ITT (Temporary Interruption of Work).

The drama took place “against a backdrop of intra-family violence,” said the gendarmerie.

“There is undoubtedly a context of violence, but we do not know in what order all this happened,” said Denizot.

According to her, “we must remain cautious about the context: who was violent with whom? It is too early to tell, even if the young woman has reported messages with threatening words “sent by her companion.

“It seems that there was a community of life and that the young man was working on the exploitation of the parents,” she said.

Several firearms and bladed weapons were found at the scene and the alleged perpetrator “had broken cell phones and landlines” after the call made by the young woman, added the prosecutor.

Investigations are continuing on site. All the weapons corresponding to the ammunition were not found, according to her.

The investigation opened for “assassination and attempted assassination” was entrusted to the research brigade of the Annecy gendarmerie.

These were the details of the news Haute-Savoie – Young man in police custody for having killed his partner’s father for this day. We hope that we have succeeded by giving you the full details and information. To follow all our news, you can subscribe to the alerts system or to one of our different systems to provide you with all that is new.