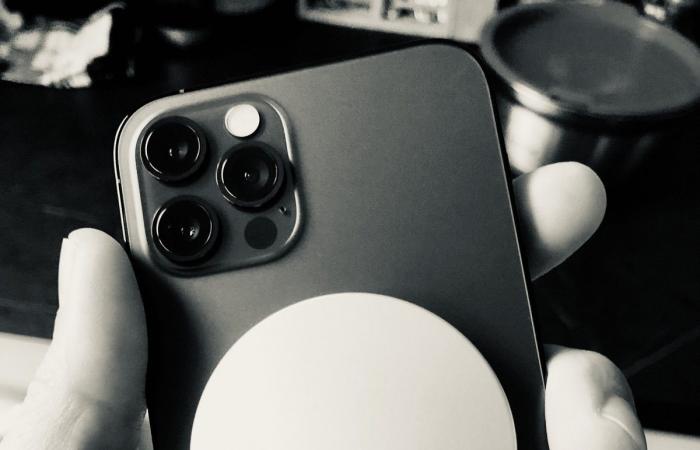 If you own an iPhone 12 and have medical implants, Apple recommends that you be careful. Each iPhone 12 has a magnetic ring called “MagSafe”, it is used to recharge your battery, but also to fix your iPhone on compatible supports. This magnetic effect could be dangerous for some people!

Earlier this year, Apple recognized a possible problem between the new iPhones and medical devices like stimulators cardiac, the defibrillators and the implants medical. After several research, Apple concluded that MagSafe can be dangerous when in contact with certain devices that may be sensitive to magnets:

Medical devices such as pacemakers and implanted defibrillators may contain sensors that respond to magnets and radios in close contact. To avoid potential interaction with these devices, keep your iPhone and MagSafe accessories a safe distance from your device (more than 6 inches / 15 cm apart or more than 12 inches / 30 cm apart if you are charging wireless). But consult your doctor and the manufacturer of your device for specific guidelines.

The Cupertino company also puts a Warning on MagSafe compatible accessories, they also have magnets to work and as with the iPhone 12, it is advisable to keep a distance.

Apple likely took the initiative to speak out publicly after several doctors alert on the adverse effects of MagSafe on medical devices.

The Heart Rhythm Journal published an article stating that iPhone 12 models were capable potentially inhibit life-saving treatment in a patient because of interference generated by the MagSafe magnet.
To prove that MagSafe could be dangerous, three Michigan doctors recovered an iPhone 12 and took it approach (without sticking it) of an implantable cardiovertor defibrillator. In just a few seconds, this one has stopped working and resumed normal activity as soon as the MagSafe distanced itself.

This can have serious consequences since this kind of defibrillator needs to work 24h/24 to detect heartbeat and irregular heartbeats. In the event of an abnormal situation, its mission is to administer the treatment expected for save the life of the patient.
We understand better why Apple insisted on making an urgent announcement on this subject …

These were the details of the news IPhone 12: MagSafe magnets may interfere with medical implants for this day. We hope that we have succeeded by giving you the full details and information. To follow all our news, you can subscribe to the alerts system or to one of our different systems to provide you with all that is new.