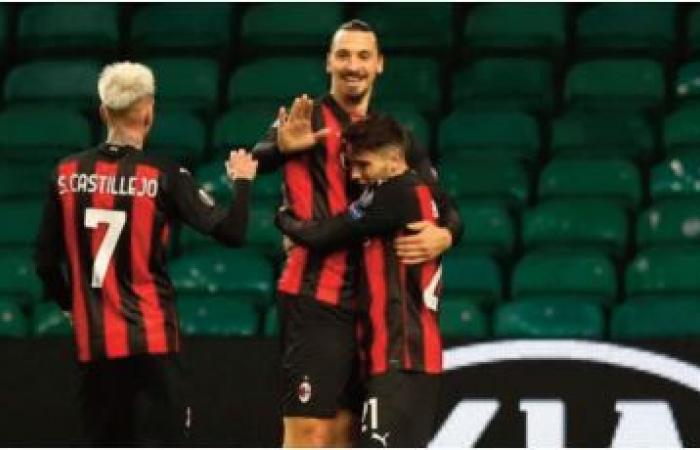 AC Milan, despite a rout at home against a dashing Atalanta Bergamo (0-3), on Saturday won the honorary title of winter champion by preserving at the end of the first leg two lengths over Inter Milan, hooked by Udinese (0-0).

The rossonero club took the lead at the halfway point for the first time in ten years, during the 2010/11 season, which was also the season of their 18th and last scudetto. If it is purely honorary, this title comes to salute the recovery of the Milanese for a year, with the youngest team in Serie A in average age, led by a starving tutor at nearly 40, Zlatan Ibrahimovic.

The heavy defeat on Saturday against Atalanta, however, is a reminder of how difficult it will be to keep this first place.

The Milanese, long undefeated, conceded their second defeat in less than three weeks, after that against Juventus (1-3).

The “Dea”, led by a sparkling Josip Ilicic, had more legs. Cristian Romero opened the scoring with a header (26th) .Ilicic, after several occasions, obtained and converted a penalty after an elbow from Franck Kessié (53rd). And Duvan Zapata concluded the beautiful Bergamasque afternoon (77th), a few moments after having touched the post. It’s a great operation for Atalanta, provisionally 4th, seven points behind the leader. “We want to be in the leading group, which is fighting for the C1. This is the goal. If you want me to talk about the scudetto, you will not succeed,” assured Bergamasque coach Gian Piero Gasperini after this demonstration. AC Milan, handicapped by the absence of HakanCalhanoglu (coronavirus), remained silent for the first time in the league. More worrying: the opportunities were rare for Zlatan Ibrahimovic and rookie Mario Mandzukic, who came into play for the last twenty minutes. “He missed a lot, there are no excuses …

The title of winter champion? It does not bring anything. We are only halfway, the period is difficult with a lot of matches “, warned” Ibra “.

The consolation for Milan came from Udine where Inter – again – missed the opportunity to steal first place. AntonioConte’s team, yet boosted by their victory over Juventus (2-0), confirms their difficulties away from home, with only two points taken in the last three trips. Lautaro Martinez (23rd), Nicolo Barella with a superb volley (29th) and Achraf Hakimi (76th) had at the end of the foot the goal synonymous with the title of winter champion. Enough to annoy AntonioConte, excluded at the end of the match for having, he assured, disputed the duration of additional time decided by the referee. Conte especially regretted the lack of “quality in the last pass” of his team. Behind lemano Amanomilanais, Roma clings to third place (6 pts behind the leader). In turmoil since the elimination in the Italian Cup this week against La Spezia, the Giallorossi rebounded against the same Spezia (4-3).

These were the details of the news Calcio: AC Milan, winter champion for this day. We hope that we have succeeded by giving you the full details and information. To follow all our news, you can subscribe to the alerts system or to one of our different systems to provide you with all that is new.