Football: the duo Suarez-Felix makes the happiness of the Colchoneros 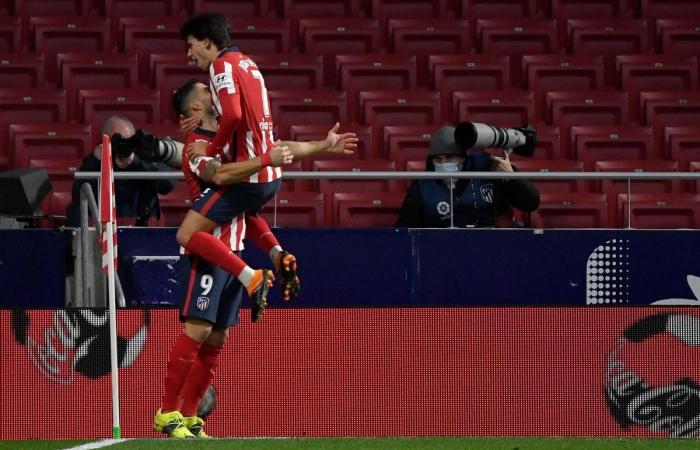 More associated on the rojiblanco attack front for a few matches, the Portuguese and the Uruguayan (who celebrated his 34th birthday on Sunday) were sparkling, combining wonderfully with the image of Suarez’s flat right foot goal on a Perfect in-depth service from Felix, to deliver the Colchoneros a seventh consecutive La Liga success.

And behind them, it was all Atlético who offered a high-level performance: Thomas Lemar served the decisive pass of the first goal of Joao Felix, who put the sole to the recovery of a corner at the far post ; Yannick Ferreira Carrasco was sharp in a more offensive position; José Maria Gimenez was impressively correct; and Correa got it right.

Former French international Geoffrey Kondogbia was even able to play a few minutes against his former club, unlike Lyon rookie Moussa Dembélé, who has still not played a minute since arriving in Madrid.

Earlier in the day, it was Frenkie De Jong who revived Barça in La Liga in Elche (2-0) in the absence of his captain Lionel Messi (suspended).

The international Oranje (14 caps) propelled into Elche’s net a ball deflected by Diego Gonzalez towards his own cages (39th) before serving a perfect ladle for Riqui Puig’s first goal at Barça at the end of the game (89th ). De Jong has relaunched the Catalan club in the league, third to 10 points behind the leader.

These were the details of the news Football: the duo Suarez-Felix makes the happiness of the Colchoneros for this day. We hope that we have succeeded by giving you the full details and information. To follow all our news, you can subscribe to the alerts system or to one of our different systems to provide you with all that is new.