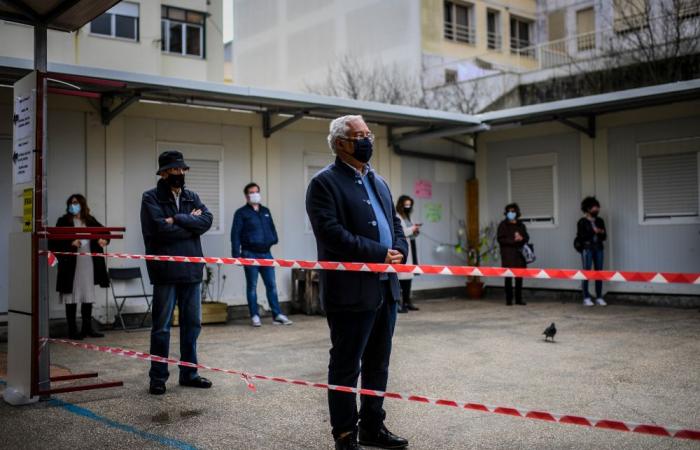 LISBON, Jan 25 — Portuguese President Marcelo Rebelo de Sousa won re-election yesterday, according to media projections and partial results, after a poll held at the height of the country’s coronavirus crisis.

Centre-right incumbent Marcelo Rebelo de Sousa, who had been widely expected to win another term, took 61.6 per cent of the vote, partial results covering 98 per cent of constituencies showed.

Opinion polls had pointed to a first-round victory for Rebelo de Sousa, a former political commentator known for candid moments like queuing at the supermarket in shorts, plunging into the sea to help girls whose canoe had capsized or sharing a meal with homeless people.

Turnout reached 35.4 per cent by 1600 GMT, only slightly lower than at the same time five years ago, soothing fears that abstentions might top 70 per cent.

In the capital Lisbon, voters queued outside polling stations, being let in one by one under coronavirus social distancing rules.

“To those who can and who want to vote, overcome your fears,” Rebelo de Sousa said after casting his ballot in Celorico de Basto, his stronghold in the northern region of Minho.

One voter, architect Jose Barra, 54, told AFP: “Nothing would have stopped me from voting, but I think elderly people, for example, will be discouraged both by the virus and by the queues.”

Portugal has been under a second national lockdown for the past 10 days aimed at stemming a surge in coronavirus cases.

More than 85,000 infections and almost 1,500 deaths were reported in the past week, the highest rate worldwide in proportion to its population of more than 10 million, according to an AFP tally based on government figures.

Almost every new day brings a fresh record in case numbers, and the government has now shut schools for two weeks on top of shops and restaurants.

Keep it to one round

The president has the power to dissolve parliament and call fresh elections — a pivotal constitutional role with a minority government in power.

In his final campaign speech, Rebelo de Sousa — often referred to simply by his first name — urged voters to back him so as to avoid a second round.

That would “spare the Portuguese people from the election being stretched out over three crucial weeks” — time that could be better spent slowing the pandemic, the former minister and co-founder of the centre-right Social Democratic Party (PSD) said.

“An abstention rate of 70 per cent would be enough to make a second round almost unavoidable,” the 72-year-old had warned.

Pre-election polls had given Rebelo de Sousa 58 per cent of the first-round vote — far ahead of Gomes and  Ventura, on 15 and 10 per cent.

A first-round re-election would fit in with Portugal’s experience since adopting democratic government in 1974, with all four of the president’s predecessors securing a second five-year term this way.

Rebelo de Sousa’s popularity with voters has not suffered from his indulgence of Prime Minister Antonio Costa’s socialist minority government.

He is so well-liked that the socialist party didn’t even bother putting up a candidate, denying its backing to 66-year-old Gomes, a former diplomat and European lawmaker turned anti-corruption activist.

Meanwhile, Ventura, the 38-year-old founder of right-wing populist party Chega — “Enough” — had said he was in the running to “crush the Left,” which fielded three out of the seven candidates.

Portugal has so far to a large degree not seen the anti-establishment surges from the right that have reshaped the political landscape in many larger EU nations in recent years.

Ventura secured his party’s first and only parliamentary seat at 2019 legislative elections, winning the backing of 70,000 voters or 1.3 per cent. — AFP

These were the details of the news Portuguese brave lockdown to re-elect President Rebelo de Sousa for this day. We hope that we have succeeded by giving you the full details and information. To follow all our news, you can subscribe to the alerts system or to one of our different systems to provide you with all that is new. 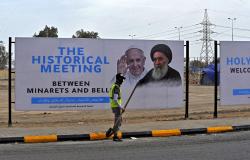 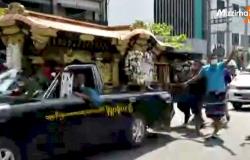 ‘Everything will be ok’: Myanmar mourns teen killed protesting