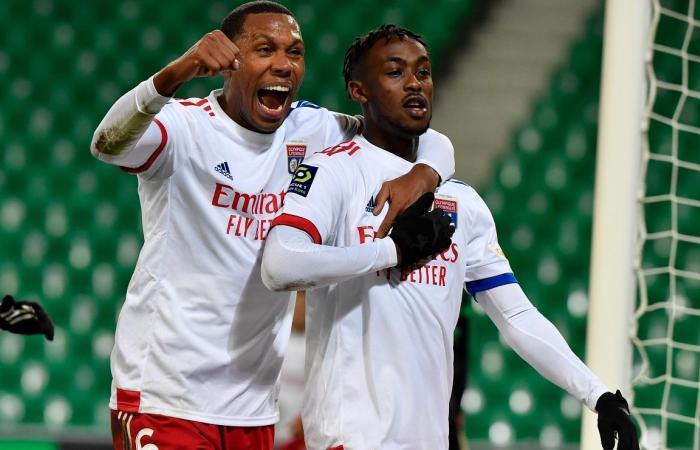 For almost eleven years Karim Benzema left his hometown. But the Real Madrid forward remains deeply committed to Olympique Lyonnais, his training club. And he doesn’t miss any great Gones game. “KB Nueve” therefore had to sit in front of his TV this Sunday evening to follow the derby on the Saint-Etienne lawn. Before this shock, the 33-year-old striker even posted a message of encouragement to the attention of the partners of Memphis Depay. “Lyonnais, tonight you can make a whole city proud and happy, we are all behind you,” Benzema wrote on social media.

With a particular word for Tino Kadewere, holder of Geoffroy-Guichard: “Tino, continue to make your dreams come true”. A nod echoing the words of the Zimbabwean striker, who expressed his admiration for Benzema in the Sunday Newspaper. “I got to know OL by following all of his matches, he explained. On the screen, I focused entirely on him (…) I comment on everything he posts (on Instagram) but he doesn’t ‘never reacted. One day, I hope. “

When he arrived last summer from Le Havre, Kadewere had already praised the center-forward of club merengue. “I thought of Karim Benzema. He’s one of my favorite players, he confided during his presentation to the press. I often watched him when I was younger, I follow him on social networks to see how he lives, trains. To be honest, that’s one of the big reasons I signed for Lyon. My career is on the right track but I don’t have to rest. I’m at a big club , one of the best in the world, but if I keep going, why not go even higher? You never know, one day I might be like Benzema (laughs) “.

While waiting to sign one day at Real, Kadewere still shone for this second derby against “Sainté”. Well placed in the box, the 25-year-old opened the scoring with an opportunistic goal (16th). What “make his dreams come true”, as Benzema suggested to him. A reference to the last match between OL and ASSE, on November 8, 2020 at Groupama Stadium. That evening, Kadwere offered victory to Gones (2-1). With a double that looks like a revelation: “It’s crazy, but I had a dream two days ago. I scored two goals in this derby. I don’t know, but I hope it will come true “, he had entrusted to Téléfoot, during an interview recorded a few days earlier.

These were the details of the news Benzema’s premonitory message for Kadewere for this day. We hope that we have succeeded by giving you the full details and information. To follow all our news, you can subscribe to the alerts system or to one of our different systems to provide you with all that is new.