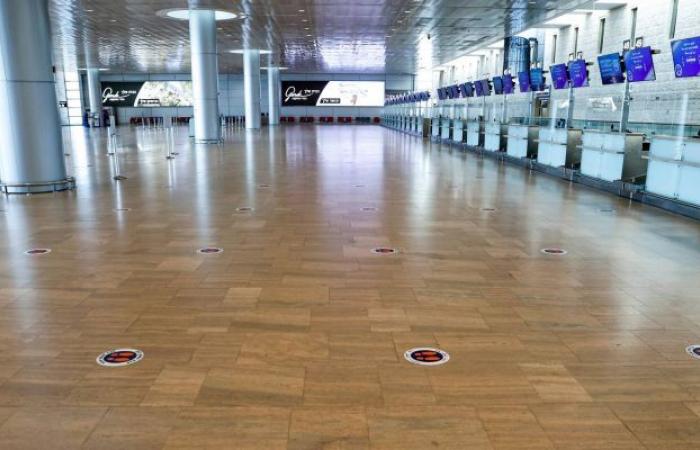 Israel on Sunday evening decreed the suspension, for nearly a week, of international flights as part of new health measures aimed at limiting the spread of Covid-19 variants in parallel with an ambitious vaccination campaign that extends to teenagers.

The Hebrew state may have already vaccinated 2.5 of its nine million inhabitants in the last month, January saw the number of cases of contamination explode again due in particular to non-compliance, according to health authorities, physical distancing measures by part of the population. In the process, Prime Minister Benjamin Netanyahu on Sunday asked his cabinet to approve new strengthened health measures in a country where businesses deemed non-essential are already closed.

However this time, the government decided to also crack down on travelers by decreeing that flights – from and to Israel – would be banned from midnight on the night of Monday to Tuesday and this, until January 31, date scheduled for the end of containment measures. “We are sealing the skies, with very rare exceptions, in order to prevent the entry of viral mutations, and also to ensure that we move quickly with our vaccination campaign,” Netanyahu said in front of his ministers.

The Hebrew state had already indicated that in recent weeks it had identified cases of the British variant of Covid-19, considered more contagious, which has also been detected in the occupied West Bank, according to the Palestinian health authorities.

However, according to a statement from the Israeli Ministry of Health, cargo flights will be allowed. Also, people who have to go abroad for medical follow-up, do “essential work that cannot be done remotely”, relocate or attend funerals with their families, will be allowed to travel, authorities said. without specifying for the moment how these travelers were going to be able to leave the country.

Already, travelers authorized to go to Israel had since this weekend to present a negative test (72 hours or less) before taking the plane or to present proof that they have been vaccinated against Covid-19.

“Until now, I did not want to be vaccinated, but I thought about it and thought that in the end it was better to be vaccinated because it would allow me to be closer to my family members” Dorone Bellaïche, 17, told AFP on Sunday after being vaccinated at a clinic in Jerusalem. “Friends told me: + don’t get vaccinated, it’s no use. + But I prefer not to listen to them”, he added, saying instead that he wanted to follow the example of his mother who, she , had already received the vaccine.

Israel has obtained a stock of vaccines from pharmaceutical giant Pfizer in exchange for the rapid sharing of data on the effects of this immunization on its population, under the terms of the agreement between the two parties made public. In Israel, citizens are affiliated with one of the country’s four major health insurance funds (HMOs). However, each of its funds has large digital databases on their policyholders, which in theory allows them to judge the effectiveness or potential side effects of the vaccine, depending for example on the age or medical history of the patients.

Israel on Sunday evening decreed the suspension, for nearly a week, of international flights as part of new health measures aimed at limiting the spread of Covid-19 variants in parallel with an ambitious vaccination campaign that extends to Even though the Jewish state has already vaccinated 2.5 of its nine million inhabitants in the past month, …

These were the details of the news Israel ‘shuts down its skies’ to curb the spread of Covid-19 for this day. We hope that we have succeeded by giving you the full details and information. To follow all our news, you can subscribe to the alerts system or to one of our different systems to provide you with all that is new.