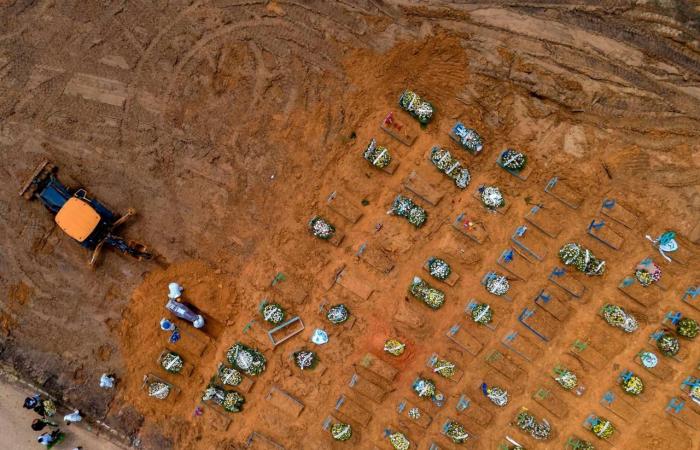 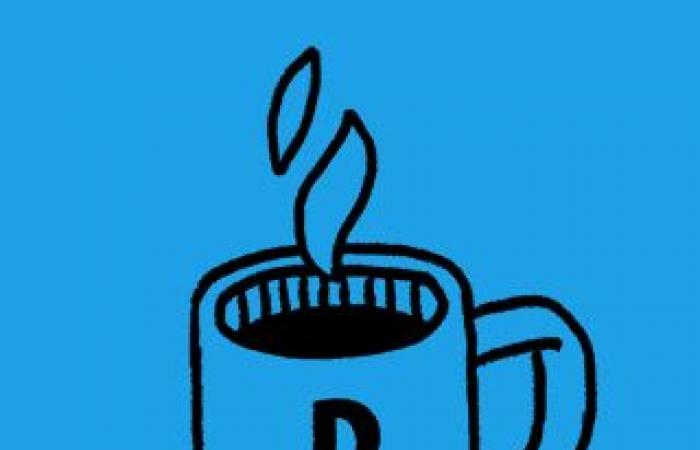 Under an exhausting tropical sun, workers bustle about without respite in the huge cemetery of Manaus, digging in the red earth hundreds of new graves where the dead of the Covid-19 will be buried.

The Brazilian city, capital of the state of Amazonas, has already experienced more than 3,000 burials during this disastrous month of January, the deadliest since the start of the epidemic, where the outbreak of contaminations overwhelmed hospitals.

Officially, the coronavirus is responsible for almost half of these deaths. Faced with the galloping spread of the pandemic, it was necessary to launch extension work in the Nossa Senhora Aparecida cemetery, the largest in the city, in order to accommodate 2,000 to 3,000 more dead.

This Friday morning, the din of the excavator mingles with the cries of Etiane Ferreira, kneeling on the red earth, mourning her father whom she has just buried. “Dad, why? “.

The cries paralyze for a few seconds the funeral service workers, dressed in white overalls and masks, who unload coffins wrapped in plastic, a sign that they are victims of the pandemic.

“We are human beings”, whispers Michael Guerreiro, one of the employees, who observes Etiane. “It hurts a lot, we come to work because it’s our turn,” he adds.

The young woman’s cousin, Cristiane Ferreira, says that she should have been intubated but that there was no bed available. “

The doctors and nurses struggled, but unfortunately, they are not God,” says Cristiane, in tears, before hugging Etiane. Under a yellow plastic tent, near a square of graves, another employee, who does not give his name, inscribes in black paint on wooden crosses the names of the deceased as well as their dates of birth and death.

He marks around 70 graves every day.

The small ones, in bluish tones, line up along the endless squares of the cemetery, where about 130,000 dead lie. Over the past two weeks, Manaus, a city of 2.2 million people, has seen on average more than 100 burials of Covid-19 victims every day, with a record 213 burials on January 15.

“Beds rather than pits”

Etiane’s tears still echo in the distance when 32-year-old Luan Santos shakes hands with his wife Ashley, who is one month pregnant. In the other hand, he wears the wreath he brought to say goodbye to his mother, who also died of the coronavirus at 68. Luan accompanied her for several days before he could get her admitted to a public hospital.

They last spoke on Monday via text message. He went to the hospital several times without being able to get any news. On Thursday, he was informed that his mother had died the day before. “I was told that this delay was due to too many people, that it was impossible to respond to so many people,” recounts, in tears, the young man, who works in the banking sector.

An employee of the cemetery gives him the official documents of the burial. Then the couple walk away on a dirt path. With the heat rises an unpleasant odor, perhaps that of death.

The excavator continues its task. At the entrance to the cemetery, funeral processions follow one another.

The number of funeral services has quadrupled.

In April 2020, at the start of the pandemic, this cemetery had become infamous because mass graves had been dug there. A man who came to attend his uncle’s funeral recalls this nightmare and confides in tears: “At least now the dead are treated with dignity here. If they could open beds in hospitals, rather than graves in cemeteries! “.

These were the details of the news Brazil: extension of the Manaus cemetery, symbol of the devastation of Covid-19 for this day. We hope that we have succeeded by giving you the full details and information. To follow all our news, you can subscribe to the alerts system or to one of our different systems to provide you with all that is new.