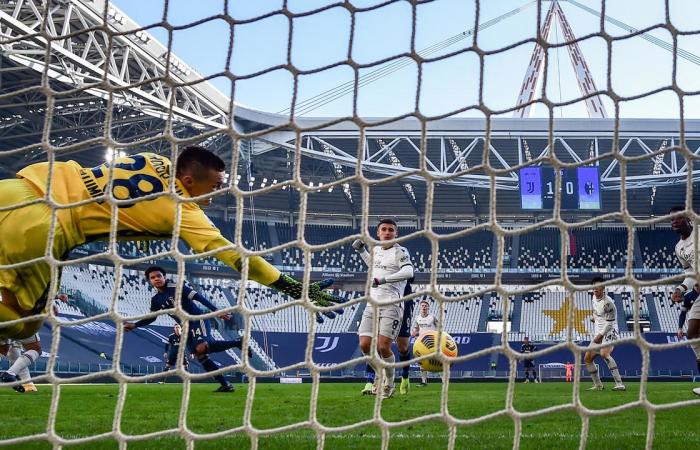 Milan beaten and Inter silent on Saturday, Naples overthrown by Hellas Verona (1-3) on Sunday: the setbacks of the leading trio make the business of Juventus, who, by beating Bologna (2-0), made the good operation of the 19th day of Serie A.

The nine-time defending champions of Turin, 4th, return to seven lengths of the Rossoneri leader, winter champion despite his defeat against Atalanta Bergamo (0-3), and five points behind Inter (2nd), hung by the ‘Udinese (0-0).

Juve are also still one point behind Roma (3rd), but, with the wildcard of the game late against Napoli (date to be determined), they have clearly returned to the battle mid-term after the ups and downs at the start of the season.

After his defeat against Inter (0-2) last weekend, the victory came from the first goal in Italy of ex-Barcelona Arthur, helped by a deflection of the Bolognese defender Jerdy Schouten (15th), and d ‘a header from Weston McKennie (71st), who stands out week after week as the rising value of Andrea Pirlo’s team.

In the wake of their victory in the Italian Supercup on Wednesday against Napoli (2-0), the Turinese have rather mastered their subject, even if their coach regretted that his players did not fold the match faster.

A match where the two Polish goalkeepers of the day shone: the Turinese Wojciech Szczesny by a decisive reflex stop at the beginning of the second period and the Bolognese Lukasz Skorupski in particular on attempts of Adrien Rabiot (86th), entered at the end of the match, and Cristiano Ronaldo (90th).

“We put a good intensity”, welcomed Andrea Pirlo, deeming “important” the success of the week in the Supercopa to “demonstrate that we were not the team seen in San Siro” against Inter.

On the other hand, it was a bad week for Napoli who, after this lost Supercopa, let Verona slip away from a meeting that was ideally launched, with a goal from Hirving Lozano after only … ten seconds of play.

The Azzurri have gradually died out. And Federico Dimarco, guilty of the opening of the Neapolitan scoring, redeemed himself by equalizing (34th).

Antonin Barak from a close angle (62nd) and then Mattia Zaccagni from the head (79th) stunned Gattuso’s players, despite the entry of Victor Osimhen (65th), who had not appeared under the Neapolitan jersey since the 8th. November due to a shoulder injury and then a positive coronavirus test.

“We have distorted”, regretted the Neapolitan coach, disappointed to get off the podium (6th), while confirming the Champions League goal: “These are the ambitions of the club, but we can not provide services like these.”

Napoli are joined by Lazio Rome, who built a precious victory against Sassuolo (2-1) at the Stadio Olimpico. Sergej Milinkovic-Savic, with a powerful header (25th) and Ciro Immobile with a cross shot for his 13th goal of the season (71st) erased the opening of the quick score of Francesco Caputo (6th).

At the bottom of the standings, Genoa (16th), in full revival, won a crucial match against Cagliari (1-0) thanks to Mattia Destro on an offering from rookie Kevin Strootman.

The Sardinians, now relegable (18th), continue their descent into hell with a sixth consecutive defeat. Their president Tommaso Giulini, however, confirmed his coach Eusebio Di Francesco.

These were the details of the news Italy: Milan and Naples beaten, Inter mute, Juventus is replaced for this day. We hope that we have succeeded by giving you the full details and information. To follow all our news, you can subscribe to the alerts system or to one of our different systems to provide you with all that is new.