first telephone interview between Macron and Biden since taking office 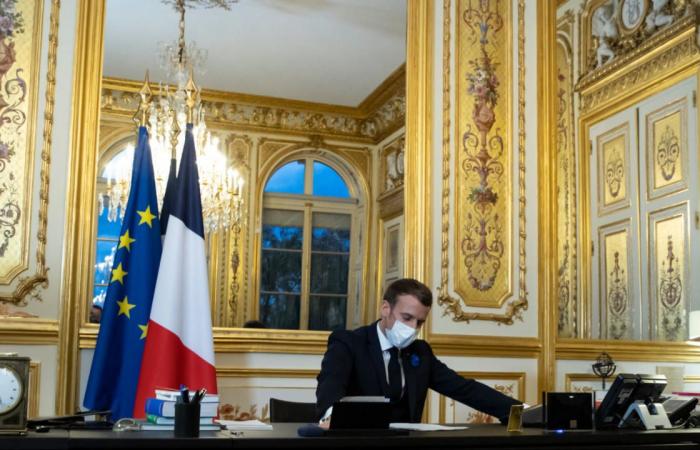 The two heads of state noted “a great convergence of views on multilateral issues as well as on issues of crisis and international security,” said the Elysee.

The President of the Republic, Emmanuel Macron, spoke Sunday, January 24 in the early evening by telephone with the new President of the United States, Joe Biden, announced the Elysee on Sunday.

The two presidents had a “friendly and in-depth working conversation during which they saw a great convergence of views on multilateral issues as well as on issues of crisis and international security,” the presidential palace said in a statement.

Emmanuel Macron is the first leader of a European Union country to meet with Joe Biden, who took office on Wednesday.

On Saturday, the US President had a conversation with British Prime Minister Boris Johnson.

During their interview, Emmanuel Macron and Joe Biden affirmed their “common determination” to act within the framework of the World Health Organization (WHO) for global health, in particular to support the most fragile countries facing the pandemic, said the Elysee.

The two presidents also hoped that the return of the United States to the Paris Climate Agreement “opens a new stage of action so that the international community is concretely up to its commitments, with a view to COP26” .

Emmanuel Macron and Joe Biden also noted “their convergences and their willingness to act together for peace and stability in the Near and Middle East, in particular on the Iranian issue and the situation in Lebanon”, according to the Elysee.

The two presidents have agreed to stay “in very close contact in the coming weeks on these subjects”, adds the presidential palace.

These were the details of the news first telephone interview between Macron and Biden since taking office for this day. We hope that we have succeeded by giving you the full details and information. To follow all our news, you can subscribe to the alerts system or to one of our different systems to provide you with all that is new.