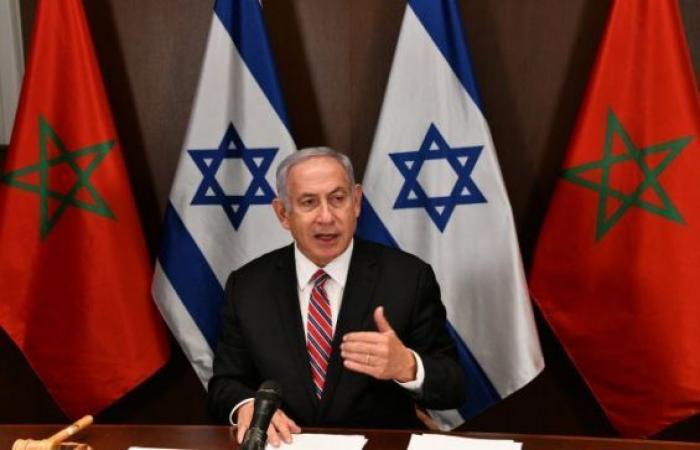 The Israeli executive approved Israel’s normalization agreement with Morocco and passed it on to the Knesset in a unanimous vote on Sunday, reports Reuters and media outlets in the Hebrew state.

On this occasion, Benjamin Netanyahu called this agreement “Historic moment, after four peace agreements with four Muslim and Arab states in four months”. He praised King Mohammed VI: “Together, we are advancing direct flights between countries, this will happen soon, as will economic, trade, technological cooperation and the opening of diplomatic missions in the two countries.”

Netanyahu also congratulated US President Joe Biden and Vice President Kamala Harris on taking office, and said he plans to work with them. “To further strengthen the strong alliance between Israel and the United States and to widen the circle of peace between Israel and the Arab world, for a real new Middle East, and of course, to face our common challenges, including the the main thing is the Iranian threat ”.

Defense Minister Benny Gantz also congratulated King Mohammed VI “For his bold leadership”. “I am happy that the process is progressing”, Gantz added. “We must continue to work with the Biden administration to expand and consolidate normalization, and to respond to the Iranian threat,” he added.

Jerusalem and Rabat resumed their relations at the end of last year as part of the Abrahamic accords, normalization agreements between Israel and the Arab states negotiated by the Trump administration, which in the process recognized Moroccan sovereignty over Western Sahara.

The normalization deal has yet to go to the Knesset for a vote and return to the government for final ratification.

The Israeli cabinet voted for this agreement saying “Aware that the establishment of full diplomatic, peaceful and friendly relations is in the common interest of both countries and will advance the cause of peace in the region, improve regional security and open up new opportunities for the whole of the region “.

He grants “Authorization for direct flights” and calls for “Resume full official contacts between his Israeli and Moroccan counterparts and establish peaceful and friendly diplomatic relations.”

The two countries also pledged to reopen liaison offices in Rabat and Tel Aviv. In addition, the document recognizes the “Morocco’s historic role (…) in bringing the peoples of the region closer together and promoting peace and stability in the Middle East, and taking into account the special links that His Majesty maintains with the Moroccan Jewish community living in Morocco and around the world, including Israel. »

These were the details of the news Israeli executive approves normalization agreement with Morocco and sends it to Knesset for vote for this day. We hope that we have succeeded by giving you the full details and information. To follow all our news, you can subscribe to the alerts system or to one of our different systems to provide you with all that is new.