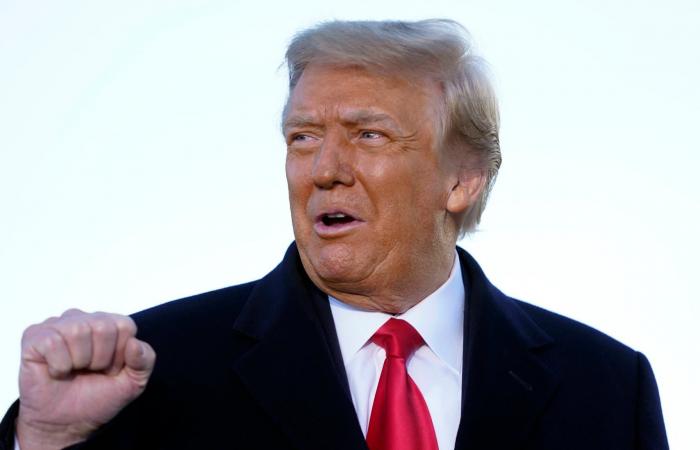 The treatment, which represents 2,000 euros per dose, will be administered free of charge to patients.

Much ink had been written about his convalescence. Contaminated with Covid-19 last October, Donald Trump had simply spent two nights in the hospital before returning to the White House. In a video posted on Twitter a few hours later, the one who was still President of the United States had assured to have benefited from an experimental medical treatment.

A few months later, Germany will become the first country of the European Union to use this treatment based on synthetic antibodies, announced Sunday the Minister of Health Jens Spahn.

The government bought 200,000 doses for 400 million euros,” he told the newspaper Picture on sunday, which represents 2000 euros per dose.

Patients will receive this therapy free of charge, a spokesperson for the Ministry of Health told AFP. Two versions of this treatment based on “monoclonal” antibodies will be used in university hospitals next week.

Jens Spahn stressed that Germany was “the first country in the EU” to use this type of therapy in the fight against the pandemic. Both versions of this treatment were approved in November in the United States but do not yet have the green light from the European regulatory authorities.

According to the spokesperson for the ministry, the German medicines regulatory authority, the Federal Institute Paul-Ehrlich, considered that the use of this therapy was “in principle” allowed on a case-by-case basis if doctors deemed it appropriate to prevent “serious illness or hospitalizations among certain risk groups.”

Germany has obtained supplies from two American companies, Regeneron for its Casirivimab / Imdevimab and Eli Lilly for its Bamlanivimab, the spokesperson said.

These antibodies mimic the functioning of the immune system after contamination by the coronavirus by going to block the tip of the virus which allows it to attach to human cells and penetrate them.

These synthetic antibodies “work like a passive vaccination”, explained the minister. “Administering these antibodies during the initial stages of infection can help high-risk patients avoid a more serious course.”

Strong measures across the Rhine

Germany’s order comes amid growing criticism in the EU over the slow pace of vaccination campaigns.

Vaccine makers Pfizer / BioNTech and AstraZeneca have announced shorter-than-expected deliveries in the near term to Europe due to production difficulties.

The German government has indicated that it nevertheless plans to be able to offer the vaccine to all Germans by the end of August.

The most populous country in the EU, Germany on Friday crossed the threshold of 50,000 deaths linked to Covid-19 with more than 2.1 million cases since the start of the pandemic. Authorities fear the spread of new, more contagious variants of the virus.

The country has also adopted draconian measures which will be further toughened from next week.

Restaurants, cafes, sports and cultural venues, closed for two and a half months, will remain so until at least February 14. Non-essential schools and businesses, closed since December 20, are also concerned.

Berlin also makes it compulsory to wear medical, FFP2 or surgical masks in shops and all public transport. Teleworking will now prevail wherever possible and at least until March 15.

These were the details of the news Germany will use the treatment touted by Donald Trump for this day. We hope that we have succeeded by giving you the full details and information. To follow all our news, you can subscribe to the alerts system or to one of our different systems to provide you with all that is new.