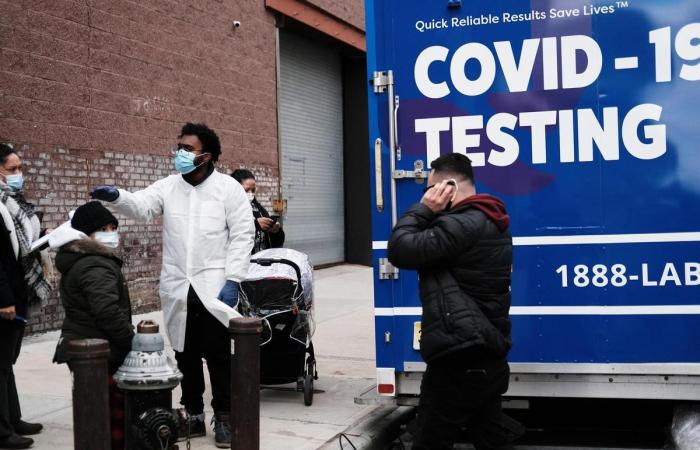 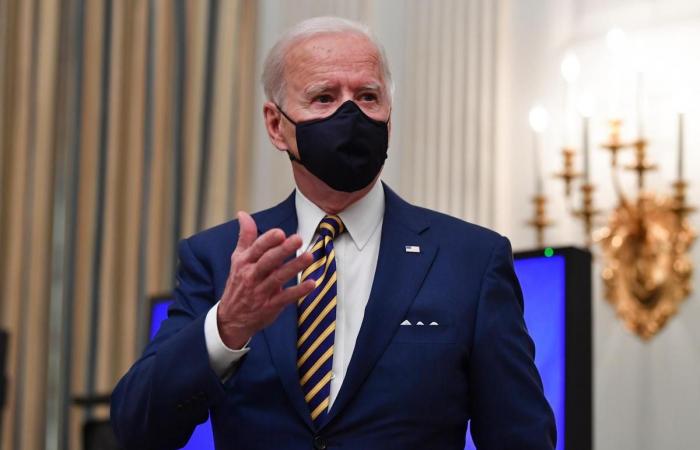 It is the country most affected in the world in absolute terms by the pandemic. Joe Biden has pledged that 100 million doses of the vaccine will be injected in the first 100 days of his tenure.

The United States officially passed the 25 million Covid-19 case mark on Sunday since the start of the pandemic, a few days after the entry into office of Joe Biden who made the fight against this disease his priority.

Johns Hopkins University, which is the reference, counted 25,003,695 people infected in the morning. More than 417,000 people have also succumbed to Covid-19 in the country, according to the same source.

The United States is the most affected country in the world in absolute terms by the pandemic.

After a peak in the epidemic on January 12, the weekly average of new cases is starting to decline, according to data from the Covid Tracking Project.

The decline we are seeing right now is very encouraging – although we still have almost three times as many new cases every day as during the peak of summer,” according to the Covid Tracking Project on Saturday.

The Centers for Disease Prevention and Control (CDC), the main federal public health agency in the United States, now expect between 465,000 and 508,000 Americans in all to have died from Covid- 19 by February 13.

In this context, Joe Biden has made the fight against the pandemic the most urgent priority of his mandate. His administration unveiled on Thursday a detailed roadmap to fight Covid-19 by increasing vaccinations and screenings.

President Biden’s chief of staff Ron Klain told NBC on Sunday that a vaccine distribution plan “didn’t really exist when we got to the White House.” “

The fundamental difference between the Biden approach and that of Trump is that we are going to take matters into our own hands (…). We are going to set up federal vaccination centers to be sure that in states that do not have enough (…), we plug the holes, ”he said.

The new administration also wants to request 1,900 billion funds from Congress for a gigantic stimulus package, which includes 20 billion for vaccines and 50 billion for tests. Joe Biden has pledged 100 million doses of the coronavirus vaccine to be injected in the first 100 days of his tenure.

The country is also clinging to the hope of authorization of new vaccines in the coming weeks, including that of Johnson & Johnson, which requires only one dose.

Future public health administrator for Joe Biden’s government, Dr Vivek Murthy, expressed concern on ABC on Sunday about variants of the virus seen in the UK and elsewhere. “

The variants are very worrying but they are not surprising, because that’s what viruses do, they mutate (…). It’s up to us to adapt and get ahead of the threat, ”he said.

These were the details of the news World – United States exceeds 25 million Covid-19 cases for this day. We hope that we have succeeded by giving you the full details and information. To follow all our news, you can subscribe to the alerts system or to one of our different systems to provide you with all that is new.